By Jayyouko (self media writer) | 13 days ago 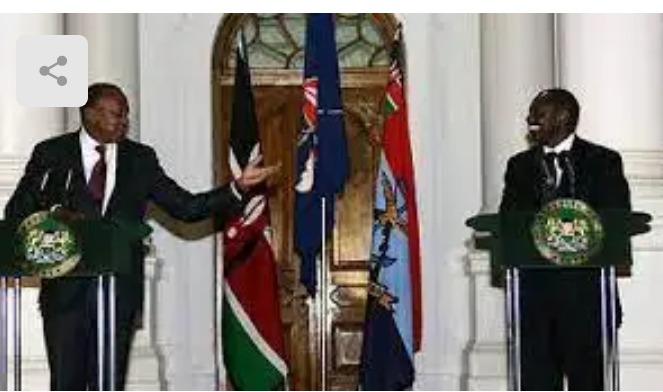 No longer bound by the oath of secrecy that is placed on all Cabinet Secretaries as pertaining to information at the cabinet level, former Lands Cabinet Secretary Charity Ngilu went all out during an Azimio La Umoja forum which was held in Makueni. Ngilu, who is now the Kitui County governor, tore into Deputy President William Ruto, revealing previously unknown facts about the infamous Mexico Maize Scandal that rocked the government back in 2017.

Ngilu was flanked by fellow Ukambani governors Dr. Alfred Mutua of Machakos and the host, Professor Kivutha Kibwana of Makueni. She said that the DP caused untold agony and embarrassment to the cabinet. Ngilu said it was particularly distressing when they released a substantive statement to the issue only for the Deputy President to release a contradictory statement on the same.

Besides this, Ngilu also claimed that the president’s flagship program which was the promise to issue laptops to all young learners was well on course but then ran into headwinds after facing sabotage and frustration from the deputy president.

The government imported maize from Mexico to try and solve a shortage situation, a move that put President Uhuru Kenyatta’s administration on the spot with claims that the speed at which the maize was delivered may suggest an artificial creation of maize shortage.

National Super Alliance (NASA) leaders questioned how a 30,000 metric tons consignment of maize from Mexico had arrived in just two days after the parliament passed a supplementary budget to allow duty-free importation of maize.

In an interview on Citizen TV, Deputy President William Ruto denied involvement in the importation of maize from Mexico. He said that the government is not whatsoever involved in the importation; private persons are in the business of selling maize which he doesn’t. He added that the information that he knows and is in the public domain is that the maize came from Mexico.

The Mexican government denied any knowledge of the deal, stating broadly it has created a framework for Kenya to trade with Mexico. The Mexican embassy in Nairobi said it could not confirm the transaction, arguing it was undertaken by private companies.