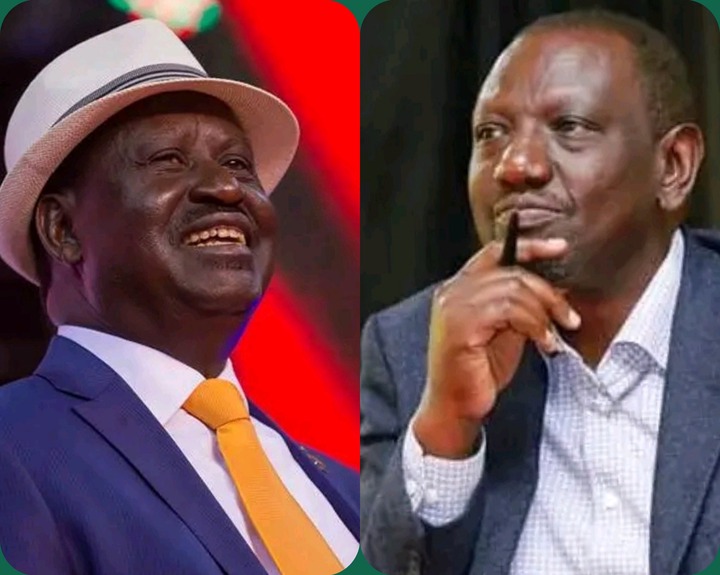 As the country approaches general elections, opinion polls have been conducted with leaders working day and night to persuade voters ahead of the polls.

The country already has two main coalitions, one led by Kenyatta President Uhuru and former Prime Minister Raila Odinga and the other led by Vice President William Ruto and his allies Kenya Kwanza.

According to current news, Ruto's UDA party would win the Meru governorship if elections were held today.  According to Mizani Africa, Mithika Linturi would overthrow her rivals with more than 30 percent of the votes cast in the region.

He is closely followed by Kawira Mwangaza with 29 percent and the current governor of Meru, Kiraitu Murungi, who administers only 28 percent.Kiraitu had openly pledged his support for former Prime Minister Raila Odinga as his preferred presidential candidate in the August 9 general election. 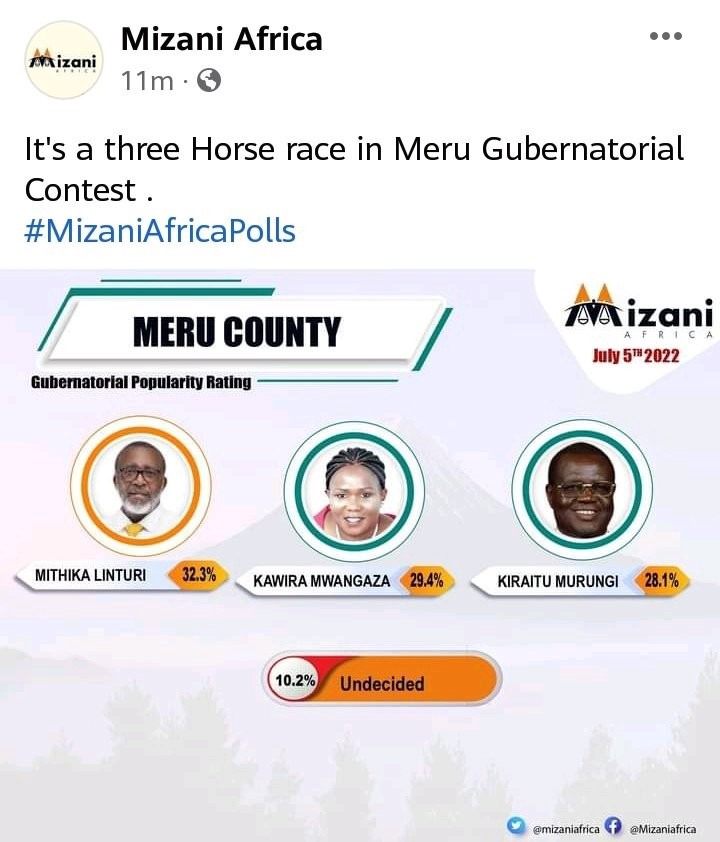 The race seems to be getting more interesting as the front runners prepare for the final campaigns before the elections.