"I Believe in My Father, Not NRM" Museveni's Son Breaks Silence As He Distances Self From Party 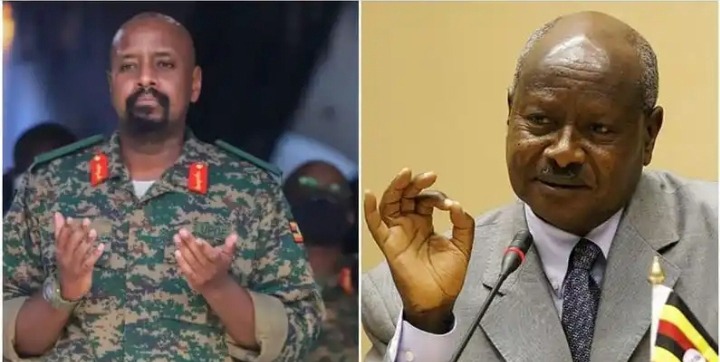 Controversial Muhoozi Kainerugaba, Yoweri Museveni's son, has asserted that he believes in both his father and Jesus Christ.

In Uganda, the National Resistance Movement (NRM), according to Muhoozi, is a more reactionary organization. 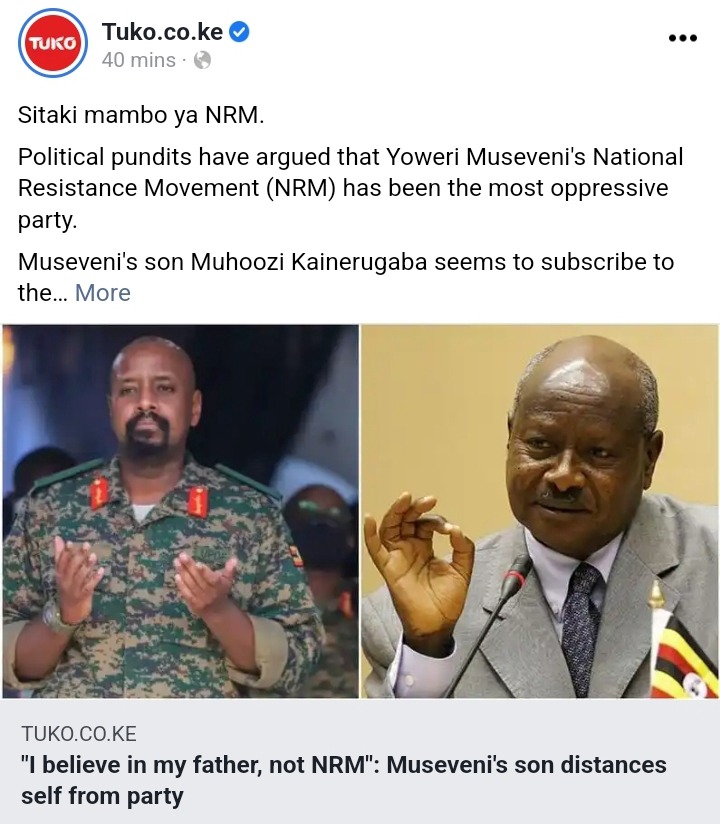 "I have faith in both my father, General @KagutaMuseveni, and in Jesus Christ. Without a doubt, I reject NRM. It is likely the nation's most reactionary organization in Marxist terms "said Muhoozi in a tweet. The National Resistance Movement was started in 1986 by President Yoweri Museveni of Uganda.

Through its rebel arm, the National Resistance Army (NRA), it launched a guerilla battle against the then-president, regime's leading to the overthrow of the government in 1986. The NRM claims that it brought back constitutional government, law and order, political stability, security, and the rule of law in Uganda.

The Ugandan general said in a series of tweets that the only way he could honor his mother was by succeeding his father as president of Uganda. 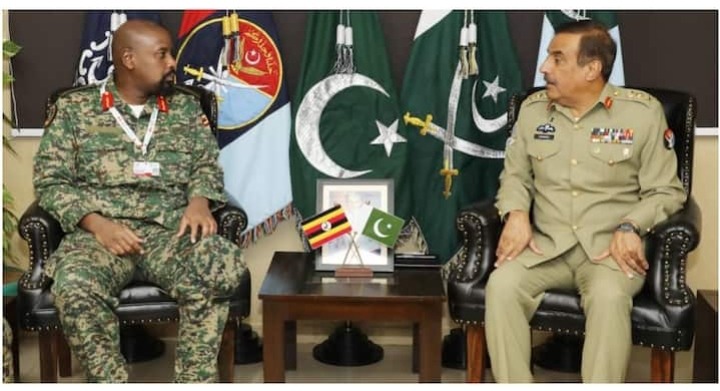 "I can only express my gratitude to my lovely mother by becoming president of Uganda. And I will, for sure "In a tweet, he stated.

In 2026, Uganda will hold its next general election, and Muhoozi and Bobi Wine are rumored to be running against one other.

In October, Museveni stripped Muhoozi of his command over the nation's land troops and promoted him to full General.

The President and Commander in Chief of the Uganda People's Defence Forces promoted two military commanders, according to a statement from the Ministry of Defence and Veteran Affairs. 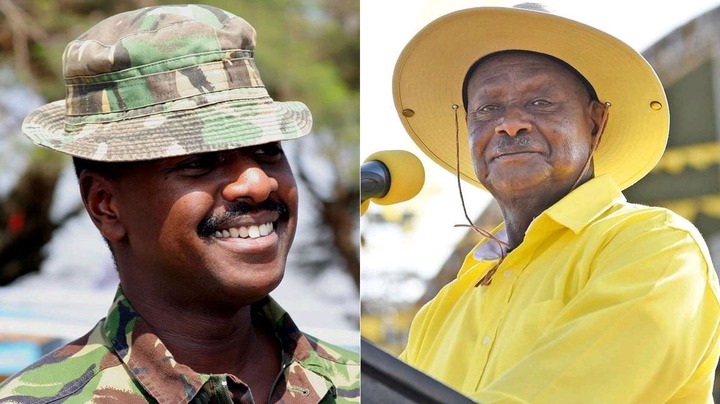 According to the release, Lieutenant General Muhoozi Kainerugaba was elevated to General and would continue to serve as the Senior Presidential Advisor for special operations.

He has been at the center of a Twitter uproar on his desire for power and plan to seize Nairobi.