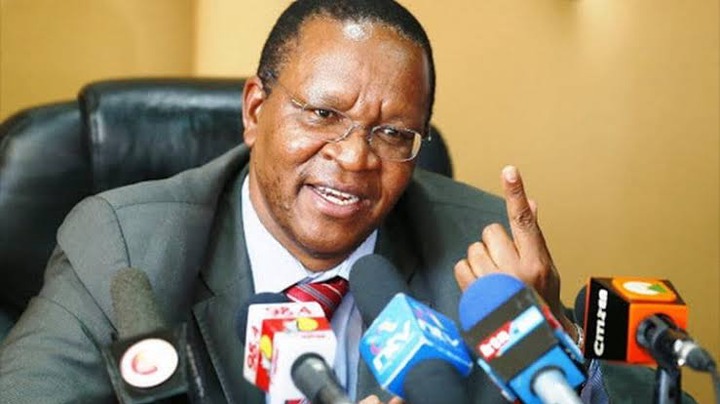 But the two have managed to work in harmony, with Matiang'i appearing to be calling the shots in the powerful ministry, judging by the authoritative announcements he makes for the government.

But government insiders have leaked crucial details about Kibicho, admitting that he is actually the one who identifies and fixes the problems in the country for President Uhuru Kenyatta and not Matiang'i.

They told The Standard that the CS, on the other hand, is basically the mouthpiece and that the PS keeps himself below him merely to avoid outshining him as per the Rules of Power. 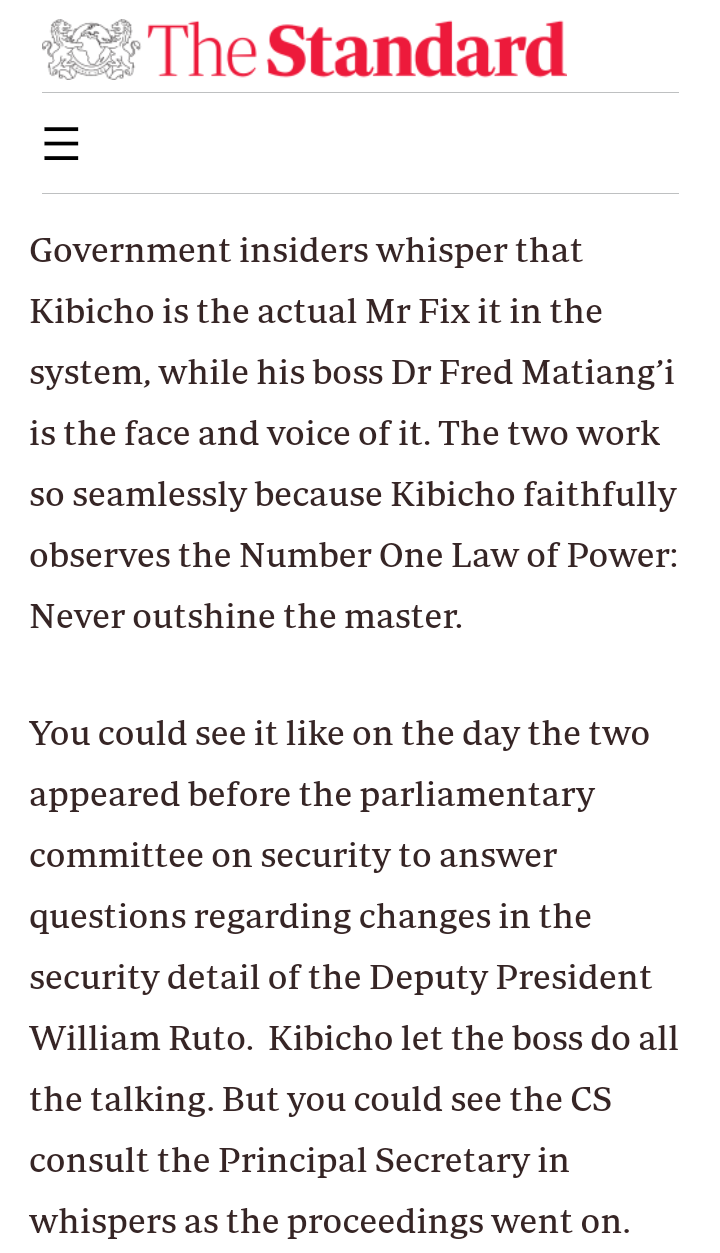 "Government insiders whisper that Kibicho is the actual Mr Fix it in the system, while his boss Dr Fred Matiang’i is the face and voice of it. The two work so seamlessly because Kibicho faithfully observes the Number One Law of Power: Never outshine the master," veteran journalist Kamau Ngotho says.

Kibicho gave Kenyans a glimpse of just how powerful he is when he contacted Covid-19 some months back, saying that though he has all the police forces and guns at his disposal, he couldn't fight the virus.

He has also declared that he consumes special intelligence reports, as was the case recently, when he claimed to be aware that some politicians are planning to import goons to disrupt the Mashujaa Celebrations set to be held in Kirinyaga.

He is also seen as one of the people who determines who the next President will be and has had to fight off claims of being part of the 'system' out to bloc one of the aspirants keen on succeeding Uhuru.