The Master of Ceremony(MC) was forced to intervene after differences among the supporters of candidates eying the Nyamira County Governor's seat were laid bare during presidential candidate Raila Odinga’s visit to the county today, Friday. 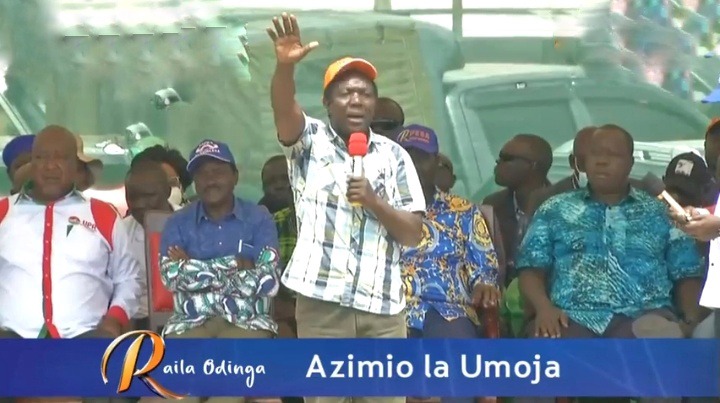 Although Mr Odinga received a warm reception in Nyamira, supporters of various gubernatorial candidates clashed during Raila's campaign event at Ekerenyo, North Mugirango Constituency after the candidates marshalled their supporters to cheer them and shout down their opponents.

The Master of Ceremony was forced to speak to the crowd after chants of opponents rented the air during gubernatorial candidate Timothy Bosire's at the event.

Bosire, who was by the time drumming support for the Raila's candidature, was at a point forced to pause his speech and respond to the shouting crowd.

"Ngoja, Nyaribo akikuja utampigia (Wait, you will chant when Nyaribo comes)... Ben akija utampigia (When Ben comes you will chant)," Mr. Bosire told the crowd after chants of "Nyaribo, Nyaribo" and "Ben, Ben" rented the air from different corners of the crowd (Watch from 24 to 25 minutes of video at the end of this article). 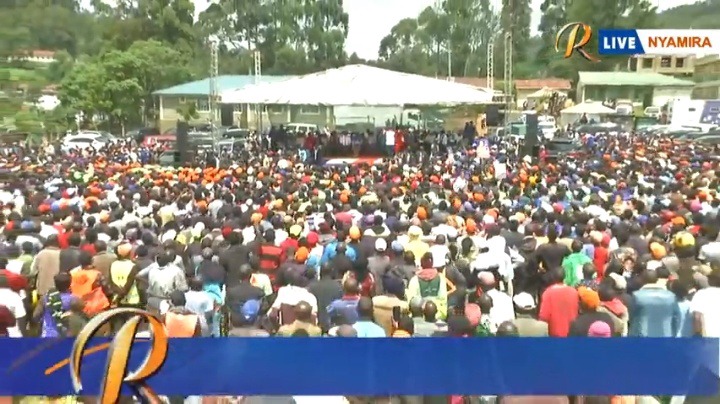 Mr. Bosire also used part of his time to speak about the Nyamira gubernatorial race. He said that he is the one who will become the next governor of Nyamira because he will beat his opponents in Azimio (Ben Momanyi of Wiper and Governor Amos Nyaribo) at the ballot.

However, the Master of Ceremony was forced to react immediately after Bosire's speech. He told the leaders and the crowd that the event was purely for Raila and it must remain so to the end.

"Huu mkutano utafanywa na heshima. Hii mkutano ni ya Baba na utafuata sheria uliyowekwa (This meeting must be treated with respect. This is Baba’s meeting and it will follow the procedures)," MC said before handing the microphone to Junet Mahamed. 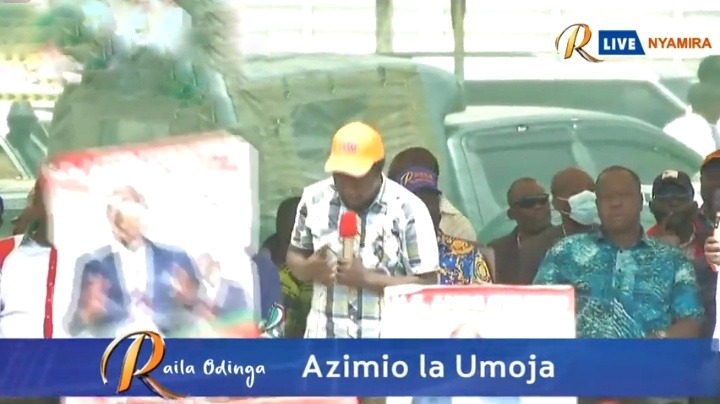