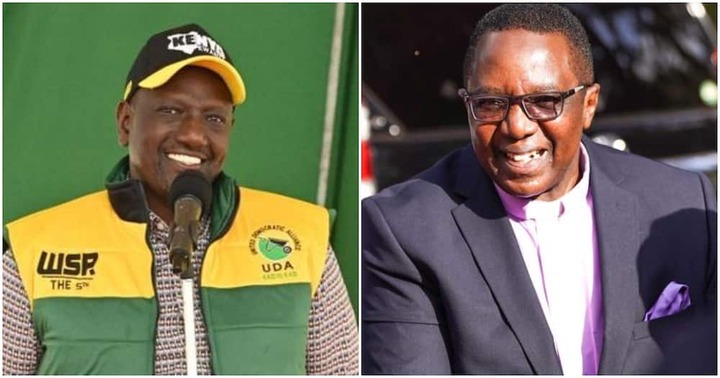 The decision by the Independent Electoral and Boundaries Commission IEBC Chair Wafula Chebukati to announce Deputy President William Ruto as the president elect, has been dismissed by the Azimio camp, as well as four IEBC commissioners.

This move has attracted mixed reactions across the political space, more so after the Azimio La Umoja One kenya Alliance presidential candidate Raila Odinga, led his camp in terming the presidential results as 'null and void,' and stating that he will be seeking legal intervention at the Supreme Court.

In a press briefing on Tuesday, Agano Party's presidential candidate David Mwaure, while flagged by a section of leaders from his team, stated that they are ready to oppose any petition that will be filed against Ruto's win, saying that the elections were free, fair and credible.

They went on to claim that goons that were duping themselves as Azimio election observers made their way to the verification desks on Saturday 13th night, and were ready to interfere with the results. 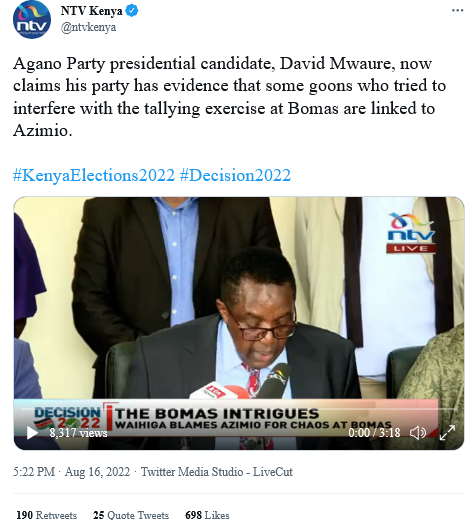 "We have evidence of goons who came at the tallying floor on the night of Saturday, 13th, disguised as observers but working as agents of Azimio and were carrying documents with some being 3As and were getting them from the Azimio chief agent. "

"We are ready and willing to write statements with the DCI on what we saw. We will be part of and reject any petition filled against Dr William Ruto's win," said Mwaure.

Before Chebukati announced Ruto's win on Monday August 15th, a section of Azimio leaders led by Raila's agent Saitabao Ole Kanchory, argued the IEBC systems had been hacked and the results tampered with, adding that they did not see the 34C form that was used to declare the winner.