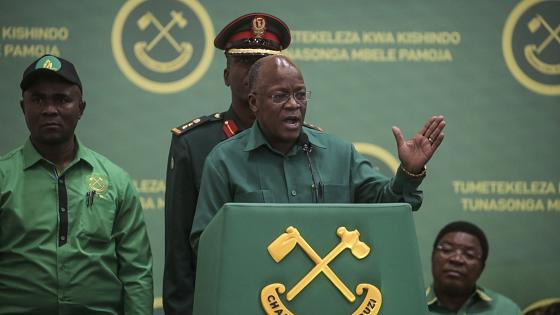 Photo: Tanzania President Magufuli who has gone missing in action for almost 2 weeks rumored to be sick of Covid-19.

African leaders disappearing from public due to uknown reasons is not a new thing. Various powerful leaders who have been in power for long have before disappeared mysteriously and later resurfaced alive or dead.

The latest incidences of a sitting president to disappear from the public without communication is that of Tanzanians President Pombe Magufuli.

Pombe Magufuli disappearance was brought to the public knowledge when opposition leader Tundu Lissu demanded that the citizens were asking and demanding to know about there presidents whereabout.

Magufuli who has been missing for almost 3 weeks now is alleged to have contracted Covid-19 virus and supposedly has a stroke that has paralysed him. 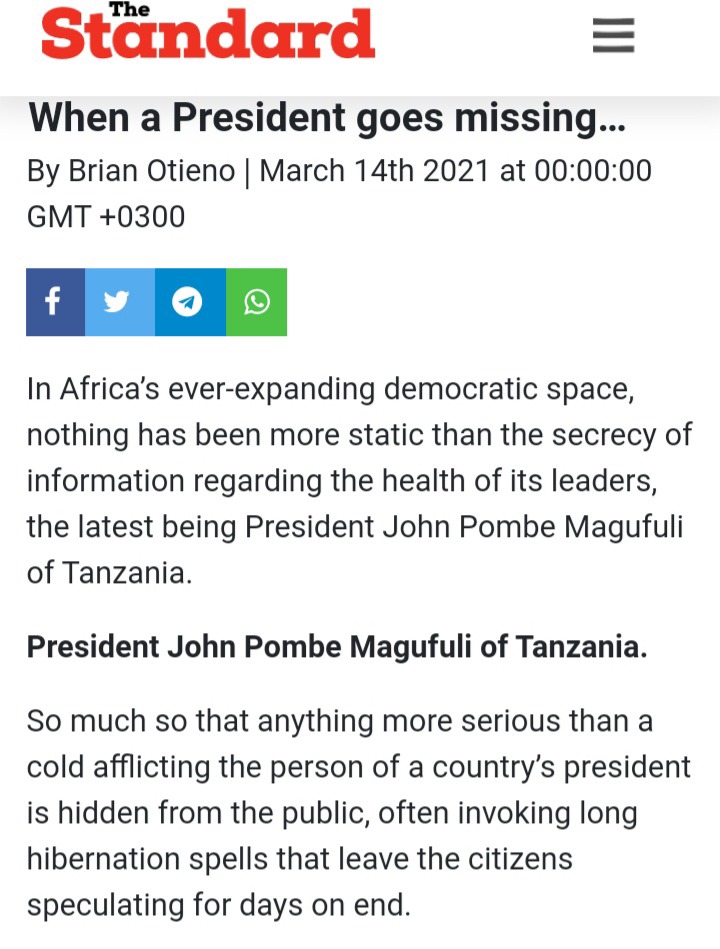 Further rumors say that the president might have succumbed but the government officials led by Vice President Mama Samia Suluhu have completely refused to speak openly about his alleged sickness.

Malawi government amid rumors that he was severe sick and dead, denied the supposed rumors. It was later found that Mutharika had already passed on but placed under oxygen and flown to South Africa for medical treatment while dead. 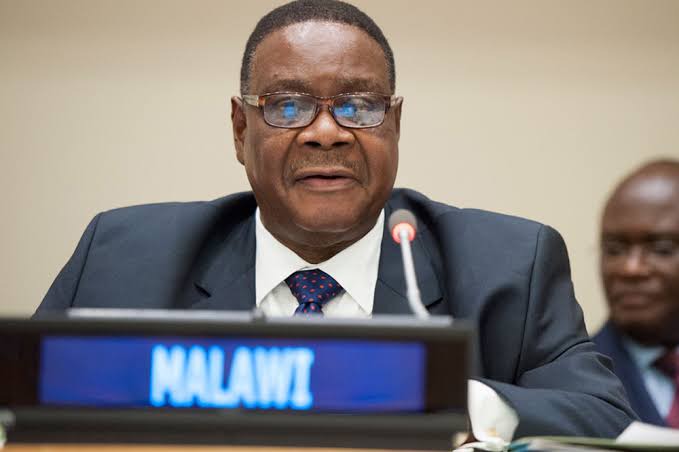 In 2008, Sata's predecessor Levy Mwanawasa when he got a stroke while attending an African Union summit in Ethiopia, the entire country was left in darkness not knowing that their president had been flown to France where he had died. Before his death was brought to public, the office of the president had denied the rumors of his sickness and the rumored death. 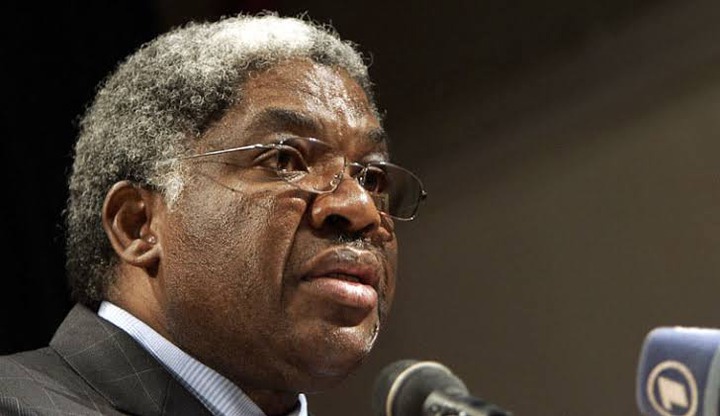 Before Jonathan Goodluck took over the disputed Nigeria presidency, the late president Umaru Yar'Adua in 2010 had hidden his sickness. For three months, and without a word from his office, he battled kidney and heart problems in Saudi Arabia but, sadly, he returned in a casket in January 2010. His sickness was to severe that he could not continue holding the presidency position but refused to hand over to Goodluck leading to a serious political turmoil that its effects is still witnessed in Nigeria. 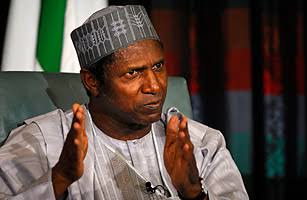 Just like Tanzania, Gabon media was banned from discussing its president sickness. Omar Bongo who was the Africa longest serving president in 2009 before his death had briefly disappeared while receiving treatment on cancer. Rumors and speculations of his death started circulating leading him to resurfaces, denying the claims but two weeks later he succumbed to cancer.

African leaders refusal to be open and honest with the public shows how they disregard people who elected them to power. As world changes, young generation are unlikely to accept denials by government but continue to demand address from they leaders and knowing their whereabouts especially health status. To them, African presidents have to learn to talk to and account to their people without going silent.