3 Deaths That Robbed Raila Of His Trusted Foot Soldiers

By LarryKatana (self meida writer) | 10 days 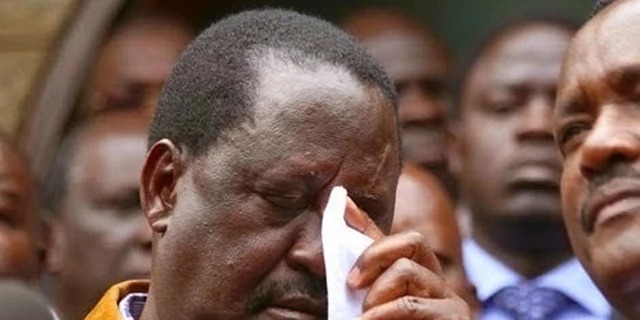 For the over three decades he has been in politics, ODM leader Raila Odinga has relied on his most trusted allies to command support across the country.

From the likes of James Orengo to Najib Balala to William Ruto and Musalia Mudavadi, Raila has never run a one- man show. His trusted foot soldiers have been key to his successful political career.

However, along the way, death has robbed Raila of some of his most key political lieutenants.

Their deaths left Raila politically exposed in some fronts. Filling the gap they left has never been an easy job.

1. Orwa Ojode: For 18 years, the then Ndhiwa MP Joshua Orwa Ojode was one of Raila's most trusted allies in the Nyanza region.

But one morning, in June 2012, it was announced that Ojode alongside his boss, the Internal Security minister George Saitoti, had perished in a helicopter crash.

The death of Ojode came as a shock to the ODM fraternity. To date, no Homa Bay politician has really filled Ojode's big shoes.

As one man who had Raila's ear, his unexpected death in 2014 came as a huge blow to the ODM family.

The "Bado Mapambano" singer used to pull crowds during political rallies. And though his brother Moses Kajwang stepped in to his shoes, Gerald is surely missed by ODM and Raila in particular.

3. Boy Juma Boy: What a man he was! A crowd puller. An astute politician. An ODM diehard. But in 2017, just five months to the general election, the Kwale Senator breathed his last.

The veteran politician was one man Raila was counting much in reversing the Jubilee Party gains in the Coast region. It is therefore not surprising that his death saw President Uhuru Kenyatta and his deputy William Ruto record some impressive performance in the region.

Meet Reza Parastesh Who Is Mistaken To Be Lionel Messi.

Shebesh States That Kidero Paid Her Millions After Slap.

Harmonize set to jet back to Nairobi, See What makes him came back yet he came here last Month