By News.Happening (self media writer) | 4 months ago 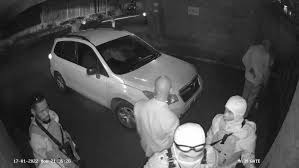 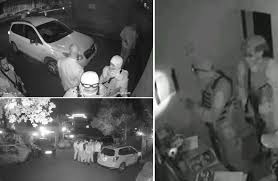 The Monday 17 January, 2022 night was a long sleepless night to the presidential candidate Jimmy Wanjingi. This is after heavily armed Criminal Investigation Department (CID) raided Wanjigi's offices located at General Mathenge in Westlands , Nairobi. The whited clothed armed officers approached Wanjigi's Kwacha Group Of Companies at 9.30 pm as recorded by the CCTV footage that went to the social media during which they were trying to access the premises. The reason behind the raid still remains unclear till now, however there no casualties or gunfire reported 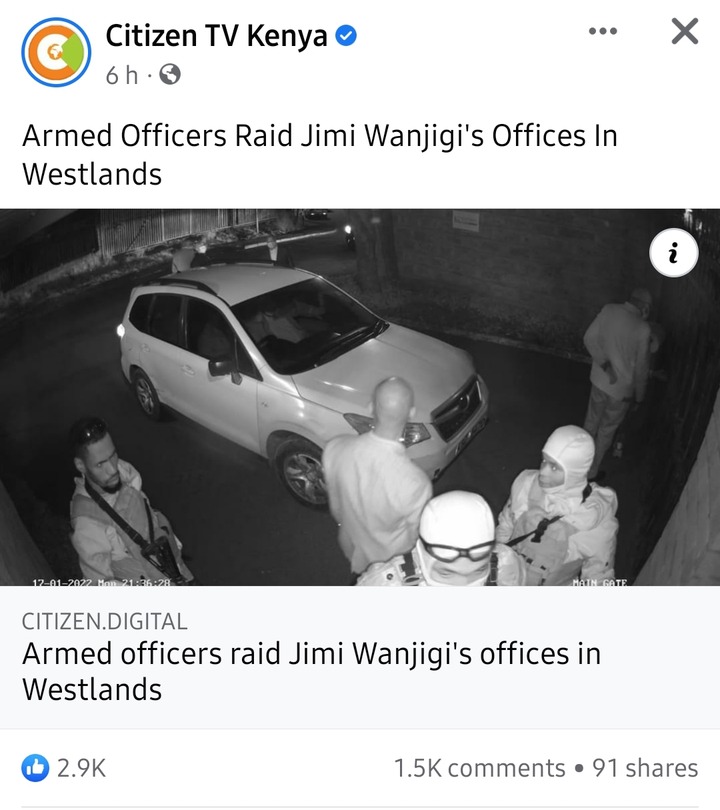 However while reporting to one the local TV news anchor, the billionaire has condemned the act and highly blamed linking President Uhuru Kenyatta and the 'Azimio la umoja' leader Raila Odinga tot the raid. Wanjigi has told the Citizen news reporters that, the night operation was politically orchestrated following his political strong hold and especially when it comes to speaking the truth to the Kenyans. He has moreover linked the raid to have been fueled by what he remarked on over the weekend on Saturday where he rated Raila Odinga as a dishonest leader. “I tend to believe that it has a lot to do with what I said over the weekend and maybe they have some information of the kind of campaign I intend to launch. But this weekend I was very clear about various personalities and it seems to be making some of my friends very uncomfortable,” Wanjigi told Citizen Digital after the raid. https://youtu.be/b0zEr_kvoPA 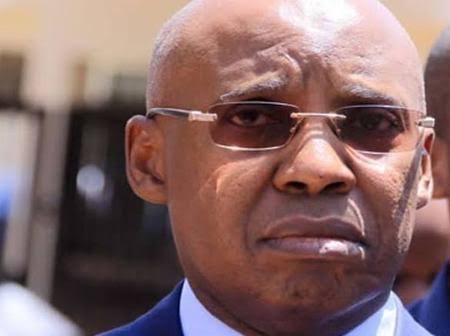 The presidential candidate Jimmy has further wondered why the government is uncomfortable with his presidential candidature telling Uhuru Kenyatta to come out and state the reason. “Why are they so uncomfortable with my candidature? Uhuru Kenyatta just come out and say it," Wanjigi remarked. Wanjigi has added that the Monday night is not the first one but the same took place in 2017 exactly during the campaign period but unfortunately the raiders failed.