By Politics~Kenya (self meida writer) | 1 months

Worrying details have emerged from the ongoing by-elections in Juja Constituency after gunshots were allegedly fired by police officers.

The gunshots are said to be fired by police officers who were managing polling stations in Juja. Claims by Hustler Nation Spokesperson Dennis Itumbi alleges that police officers opened fire after an alleged votes bribery. 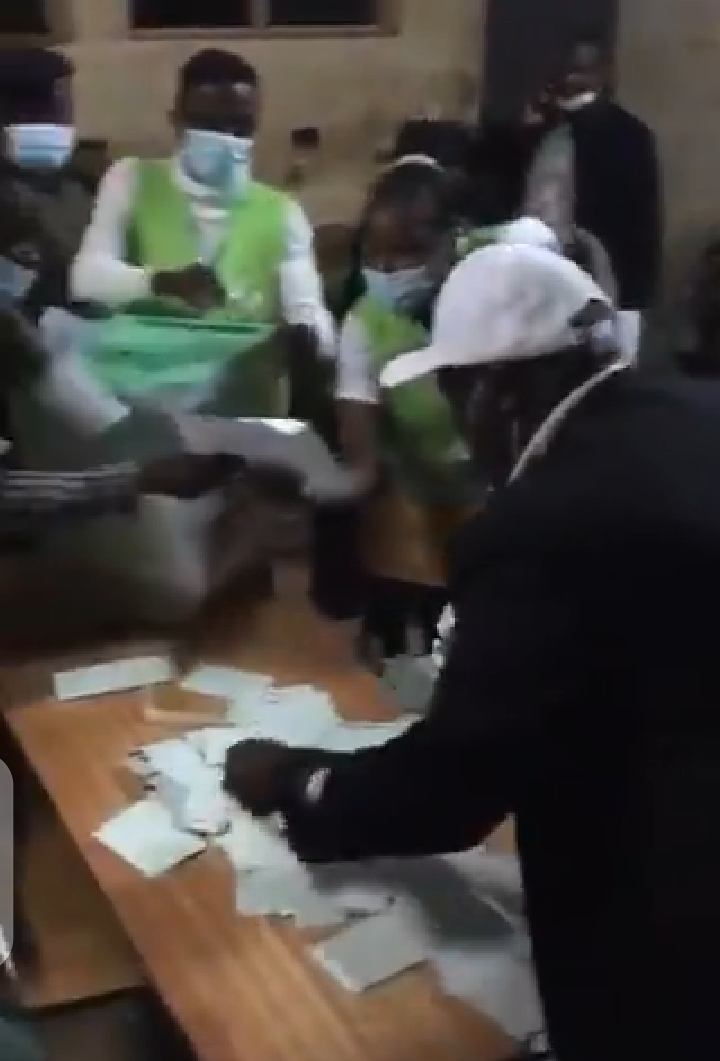 According to the source, there was alleged vote bribery where pre-marked ballots were sneaked by police officers.

The source indicates as shown below: 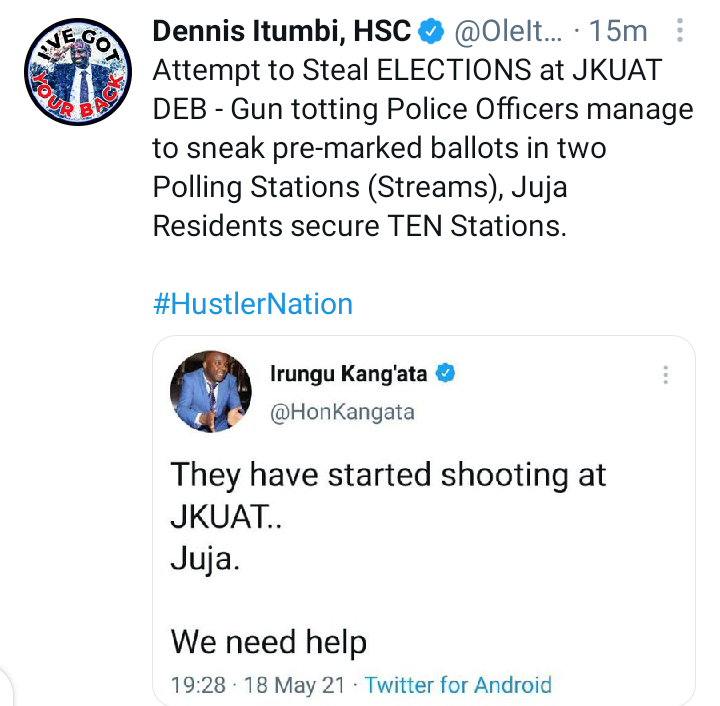 A claim made by Irung’u Kang’ata also alleges that they have started shooting in JKUAT, Juja. 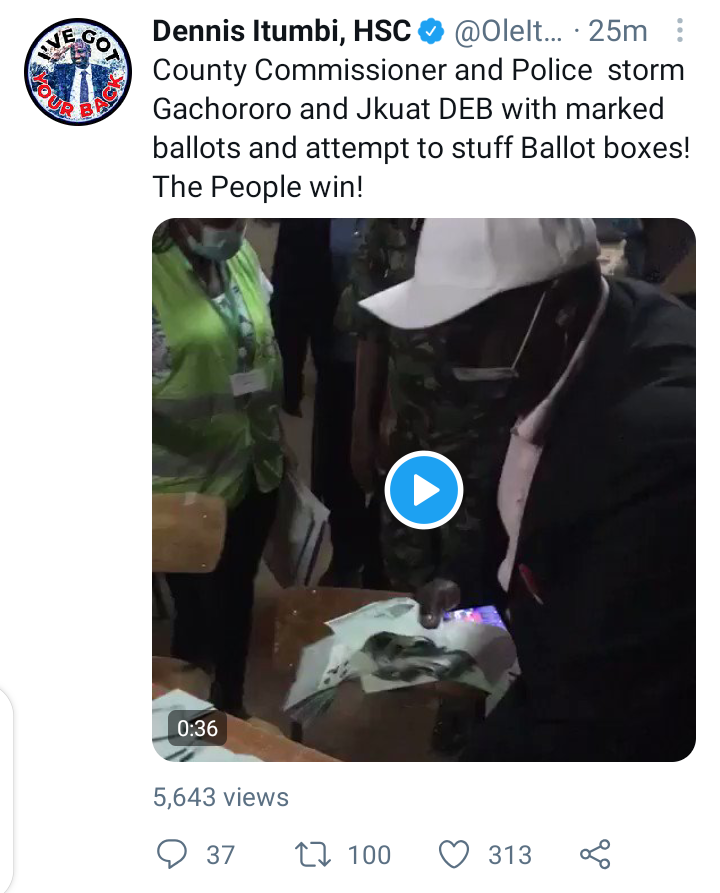 As a result of the alleged vote bribery, Juja residents have reacted and secured ten polling stations in the area. This is worrying news coming at this hour from the ongoing by-elections. Let's believe everything will go fine without interruption. For more real-time updates from JKUAT, follow to get notified.

Here is the link of the video.

Content created and supplied by: Politics~Kenya (via Opera News )