By Myahudinews (self media writer) | 20 days ago

It is less than 10 months for the nation to hold another general election. However political temperatures have risen in the recent days as each party is in the session of experiencing defection, alliance formation and political support. Today a section of Mount Kenya youth led by Nairobi women rep Brenda Angai have launched political onslaughts to the second-in-command after revealing that they will not entertain what they termed as wrong support from the deputy president. 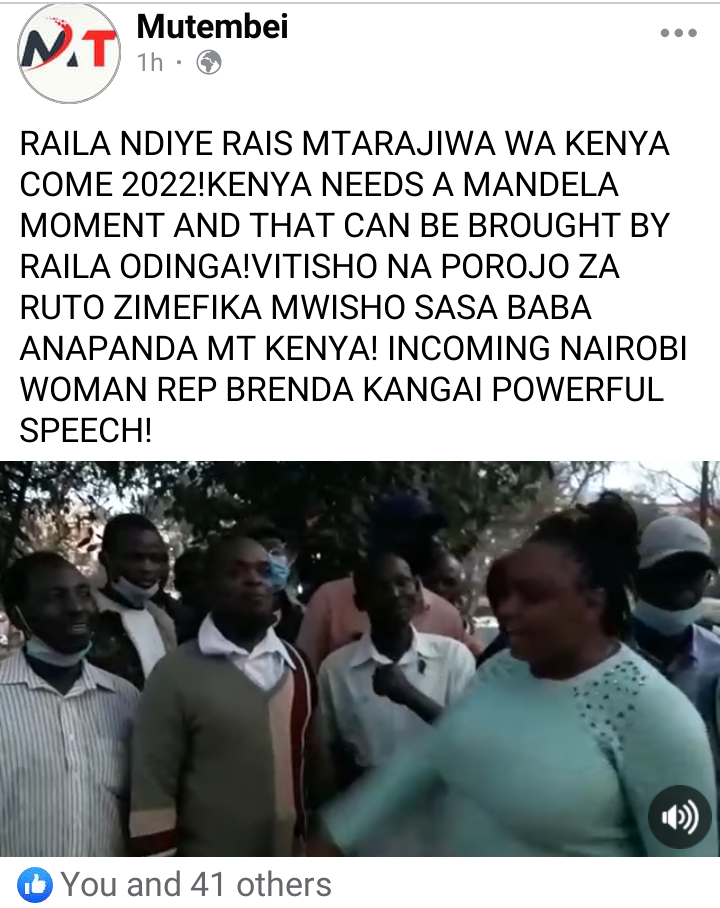 According to them they revealed that it is a time for the Mount Kenya region to continue supporting the former prime minister's 2022 presidential race. They also added that it is only through Raila Odinga that the nation will be salvaged from the deteriorated economy and cohesiveness among different community factions. They also extended their paroles revealing that they will follow president Uhuru's decision to back up the ODM boss. They also referred to Raila as the incoming president as they revealed that they will not be intimidated by the UDA party mainly to support them. They also slammed the allegation that the former NASA principal cannot be supported by The Mount Kenya residence. The linked Raila to the late former South Africa president Mandela who liberated his nation from the colonial serenity and drooling. I would like to hear from you, do you think Mr Odinga has gained political momentum across the Nation which will make him succeed president Uhuru kenyatta?Share your views and follow my page for the coming updates.

(The photo is used for descriptive purposes)

Big Blow to Uhuru, Raila as 4 MP's Decamp to William Ruto Side