Political leaders from North Eastern Region popularly referred to as the Arid and Semi Arid Land (ASAL) on Saturday launched coalition search two weeks after they unveiled the Upya Movement. 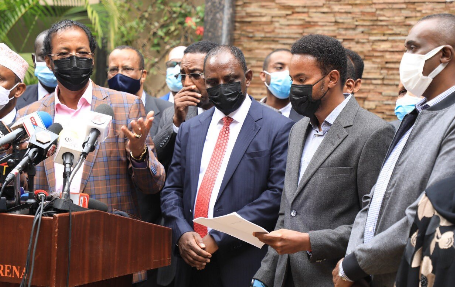 Speaking in Naivahsa, the leaders stated that they will strike a deal with two, three or more like-minded political parties, adding that the communities across the region will be represented at the negotiating table.

The leaders led by Cabinet Secretary Ukur Yattani, Elas MP Adan Keynan and Wajir Senator Abdul Haji affirmed that their decision to launch the coalition search is to ensure that their residents have a guarantee in participating during next year's general elections.

"We have spoken in one voice and realized that unity diversity and particularly in political formations are key, and we have resolved to continue working together, and also formalize our movement into a coalition with legal backing," said Yattani.

While launching the movement two weeks ago, the leaders stated they will be supporting the candidate fronted by the handshake between President Uhuru Kenyatta and the former Prime Minister Raila Odinga.

DP Ruto's close ally Aden Duale dismissed the movement claiming that the leaders were indulging in politics when their constituents were dying of hunger. 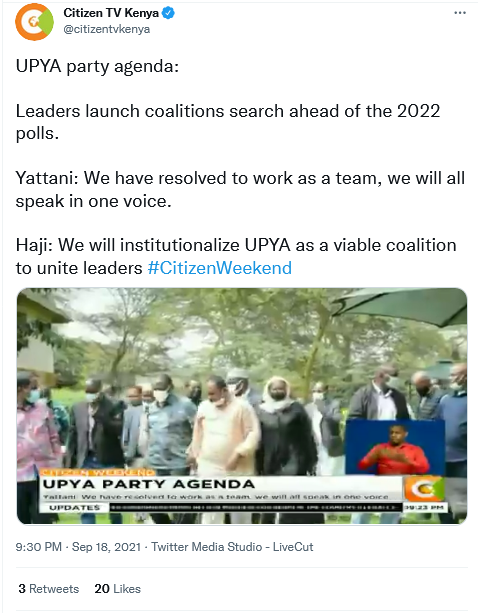