Blow To Ruto As Joho Deals Him Another Shocker

By Benadhizo (self media writer) | 1 year ago 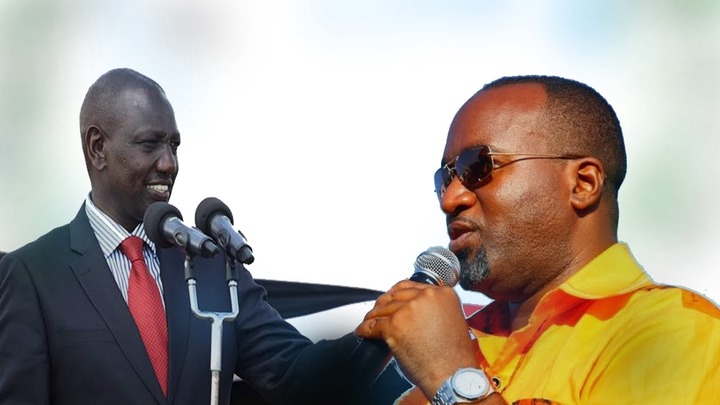 The New year 2021 has started on a good note as one of the crucial sector in the country reorganizes itself to its normal duty. The education sector is set to reopen in few hours.

However, things seems very hot in the political arena as politicians are undergoing tough tests in the process of trying to identify themselves with 2022 political race. As one the politicians; Senator Gidoen Moi was humiliated at home by rowdy youths who carteiled his course for reinforcement. The started with rough tides for him. 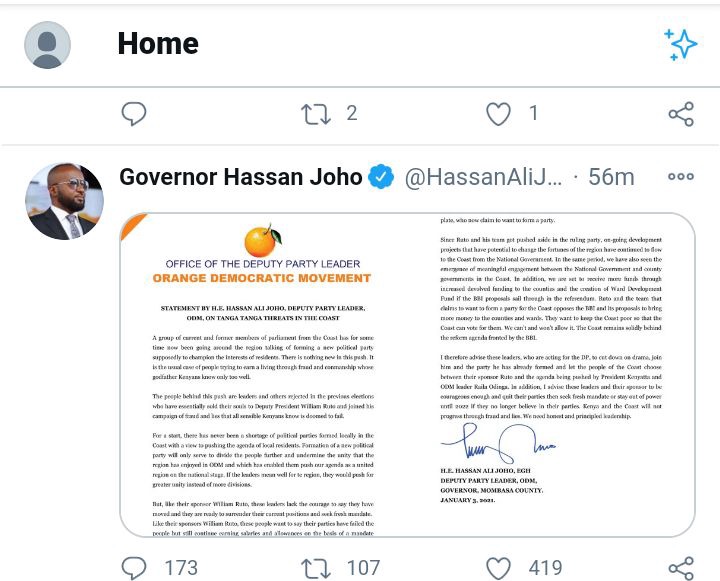 He went ahead warn the members from coast region who have been all along going round demanding to form a new political party, supposedly to champion for the interests of the residents. He disputed the issue saying that there is nothing new in the push for new party, but rather aimed at people trying to earn a living through fraud and conmanship whose godfather,Kenyans know only too well.

He also went ahead to mention that the people behind this move are leaders and others rejected in the previous elections, who have essentially sold their souls to deputy President William ruto and joined his campaign of fraud, and lies that all sensible Kenyans know is doomed to fail.

"For a start there has never been a shortage of political parties formed locally the coast with a view to pushing the agenda of local residents. Formation of a new political party will only serve to divide the people farther and undermine the unity that the region has enjoyed in ODM,and which has enabled them push the agenda as a United region on the national stage. If the leaders main well for the region they will push for greater unity instead of more divisions."

He further went ahead to send a shocker to Ruto by saying,

"But, like their sponsor William ruto this leaders lack the courage to say they have moved and they are ready to surrender their current positions and seek fresh mandate. Like their sponsor William ruto, these people want to say their parties have failed the people but still continue earning (salaries and allowances) on the basis of a mandate given to them by voters loyal to the same parties.

The above constitute to certain issues addressed to the rebels of the ODM party. And allied to William Ruto. According to Joho, both William Ruto and his allied should declare their stands whether they are part or not of the parties that they were voted in.

Safaricom Gives It's Customers Exactly 13 Days To Do This

Famous Kenyan Politicians Who Have Been Accused Of Sexual Offenses [PHOTOS]

Okong'o: From The Optics, Ruto Is Doing Politics, Which Is Early In The Day -17 Days in office

Judiciary Announces a Major Change in its Operation