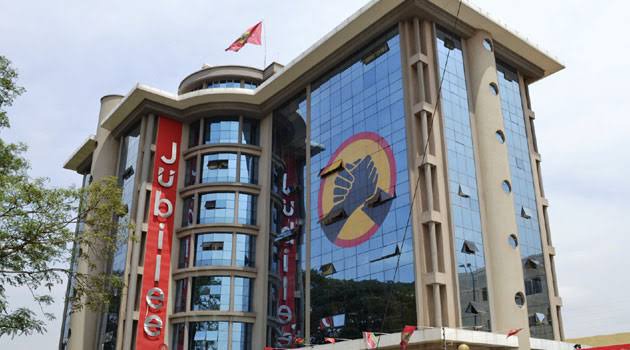 Crisis continues to rock President Uhuru Kenyatta’s Jubilee Party. Recently the acting executive director send letters to sack 70 staff members. However, Raphael Tuju sated that the letters sent was just a miscommunication by the directors. Some of those who were affected were directors and senior managers. Among them were 11 out of the 12 former executive directors of the 12 parties that joined and merged to form the Jubilee Party. Some of the parties were Ford People, URP, GNU, TNA and UPK.

However, Dennis Itumbi has made claims about these actions. The Hustler Nation Intelligence Bureau agents have reported that, the Seventy members that were fired yesterday have been reinstated by the Jubilee Secretary-General, Tuju. Itumbi claimed that instead almost all County Party Coordinators were kicked out. 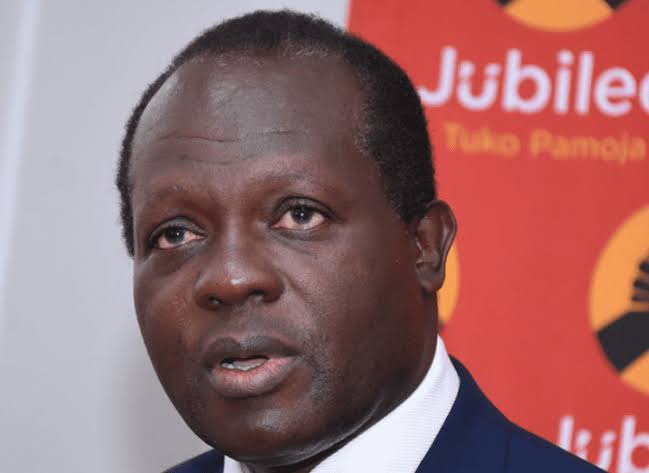 Tuju has now decided to sack the Acting Party Executive Director. He claimed that meanwhile the Jubilee Party is reporting that it is gearing up to call a National Delegates Convention that may end up kicking out of the Secretary-General. 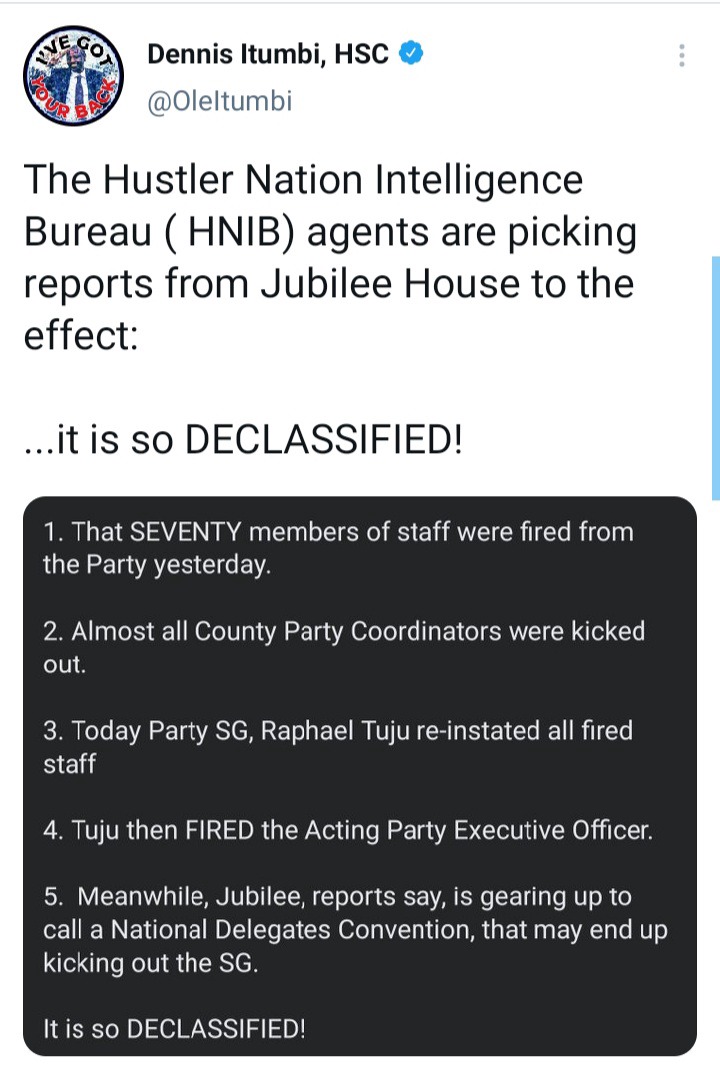 "Kalonzo Is Fighting His Political Life in Ukambani" Claims Kibwana

Lawyer Ahmednasir Alleges What Owners of Azimio Have Discovered About Raila

Names of Seven Allies of Raila, Uhuru Who are Likely Get Appointed to Powerful Positions Next Week

Top Comedian Who Is Yet To Replace Jalango At Kiss FM