You Betrayed Our Cause, Wiper Party Chief Kalonzo Tells ANC Leader Over Alliance With DP Ruto 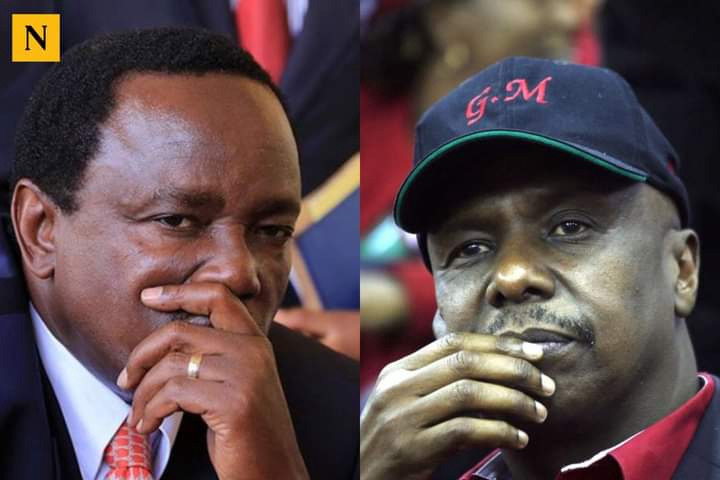 Wiper Party chief Kalonzo Musyoka on Monday expressed his disappointment after his ANC friend decided to work with DP Ruto.

"You betrayed our cause, Kalonzo tells ANC leader over alliance with Ruto," he said.

The wiper Party movement boss said that he is not afraid about Ruto's alliance with Amani National Congress (ANC) chief Musalia Mudavadi.

While addressing congregants at a special function on Monday, January 24, Steven Kalonzo Musyoka, one of the founding principals of the One Kenya Alliance (OKA), disclosed that he and Wetangula had come from far and it would not be happy to see Wetangula working with DP Ruto. 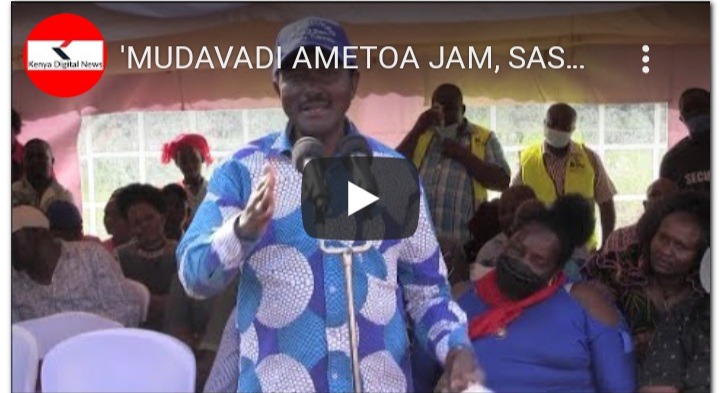 He revealed that ANC party boss's being in OKA was causing confusion and it is good that he has ditched the movement and camp in Ruto's UDA.

All these developments come barely a day when On Sunday, January 23, Kalonzo, KANU's Gideon Moi and businessman Jimi Wanjigi stormed out of Bomas of Kenya after leaders associated with DP Ruto's United Democratic Alliance (UDA), thronged the event.

This prompted the three politicians to walk out of ANC National Delegates Convention leaving the congregants with questions on their minds.

Later, it was reported that the three decided to walk out of ANC National Delegates Convention because they were not happy with DP Ruto and its allies at the convention, saying they are not friends with them. 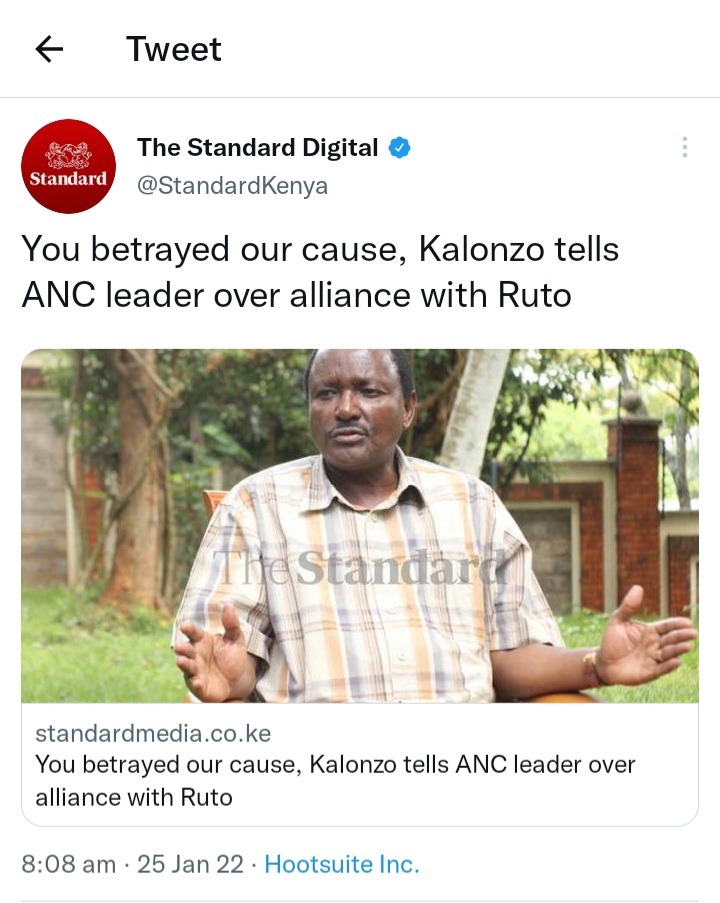 Here Is a Man Who Will Replace Hon. Gachagua As Mathira Constituency's UDA Flag Bearer.