"You Have No Moral Authority To Question Us" Rigathi Tells Raila

By O.L.Kwamah (self media writer) | 2 months ago 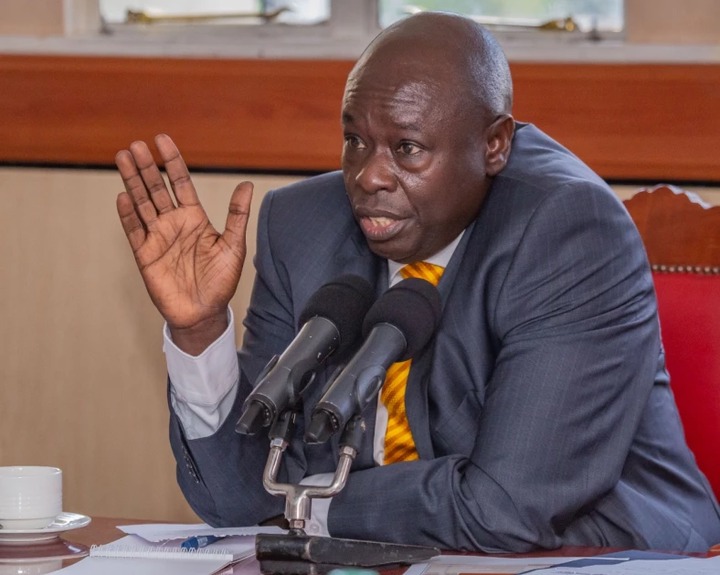 Speaking during the launch of the Drought Response Plan which is an innitiative by the Government of Kenya and the United Nations in Garissa County, Rigathi said that Raila had no moral standing to question the decisions of the Kenya Kwanza government.

According to reports by Citizen Digital, Rigathi said that the Kenya Kwanza administration does not need any advice from the opposition, adding that they (the opposition) had no moral authority to offer the advise.

He added that when the opposition led by Raila advised the former President in the Jubilee administration, the national debt escalated to Sh 10 trillion.

Instead, Gachagua said that the Kenya Kwanza government shall only listen to the people whenever they need advise.

Rigathi was responding to allegations by the ODM party leader that Dr Ruto was a puppet president whose strings were being pulled by foreign powers into allowing the importation of GMO maize into the country. 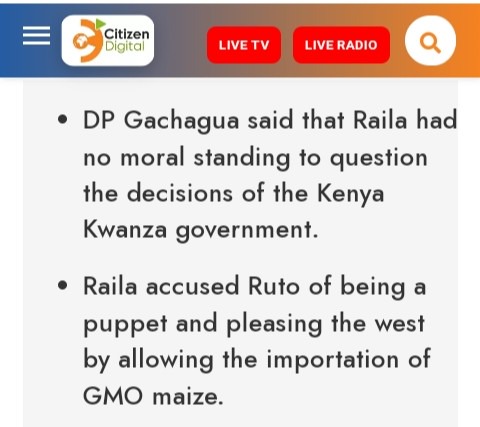