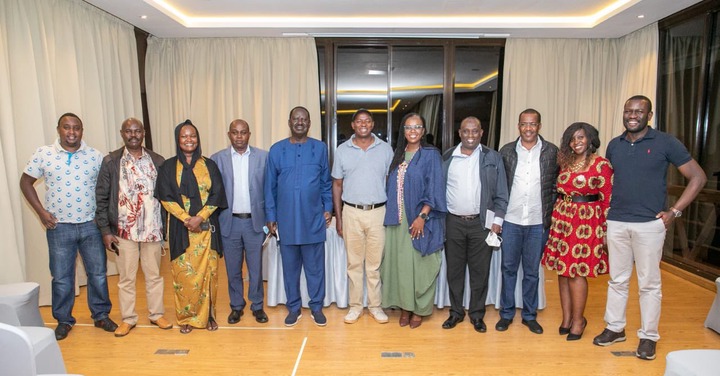 The meeting was held in Nanyuki at the Maiyan Hotel where the two parties are said to be having talks on their collaboration.

Raila Odinga was received to the meeting by the PNU's national chairperson Engineer David Kamau after he held another meeting with a group of young people from the area.

Other leaders present during the meeting are top officials of Raila Odinga's Orange Democratic Movement ODM party among them their Secretary General Edwin Sifuna. 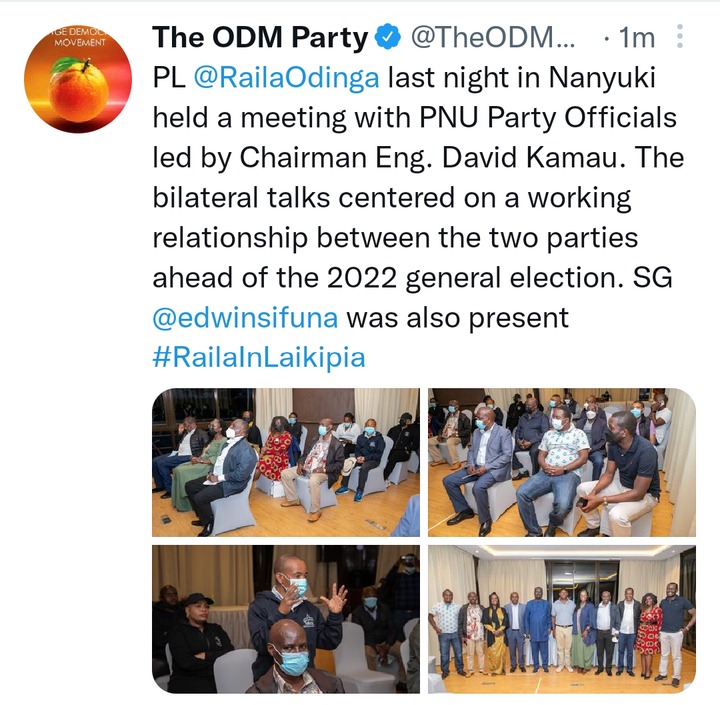 "PL @RailaOdinga last night in Nanyuki held a meeting with PNU Party Officials led by Chairman Eng. David Kamau. The bilateral talks centered on a working relationship between the two parties ahead of the 2022 general election. SG @edwinsifuna was also present #RailaInLaikipia"https://t.co/AzqYLN0qPJ

Hustler nation spokesperson Dennis Itumbi had predicted the meeting noting that it will culminate in the formation of an alliance between the leaders. 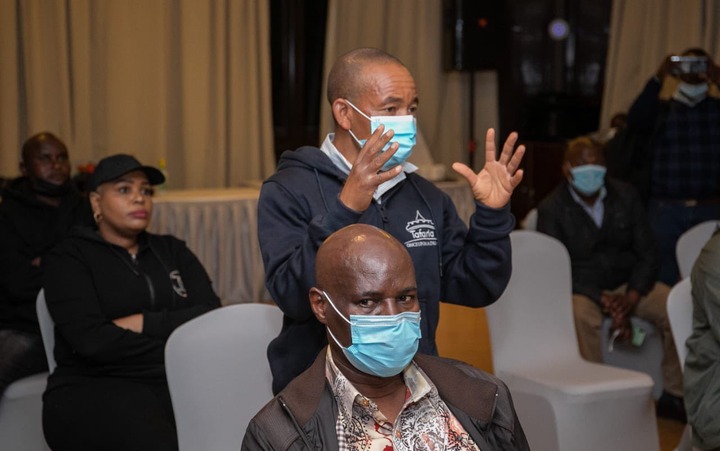 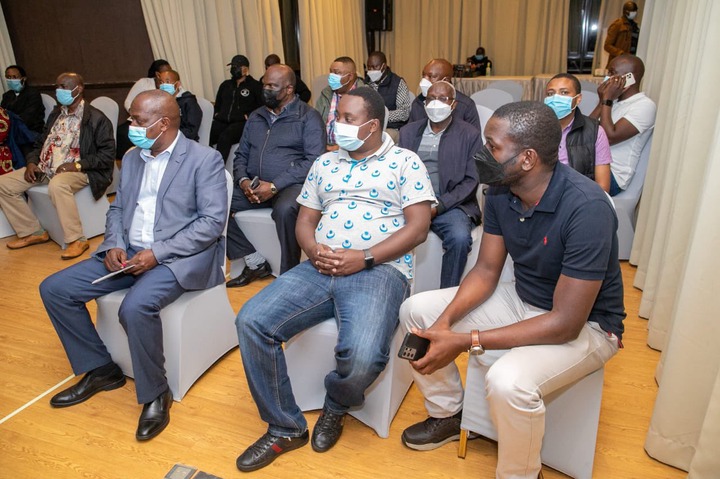 Atwoli Resurfaces With Elections prediction Should Elections Be Held Today