By Sheriff'sReport | self meida writer
Published 9 days ago - 4 views

Just Days After the president locked five counties and suspended all social gatherings including political meetings,yesterday the one kenya alliance made a move that has left many Kenyan questioning Uhuru's leadership. 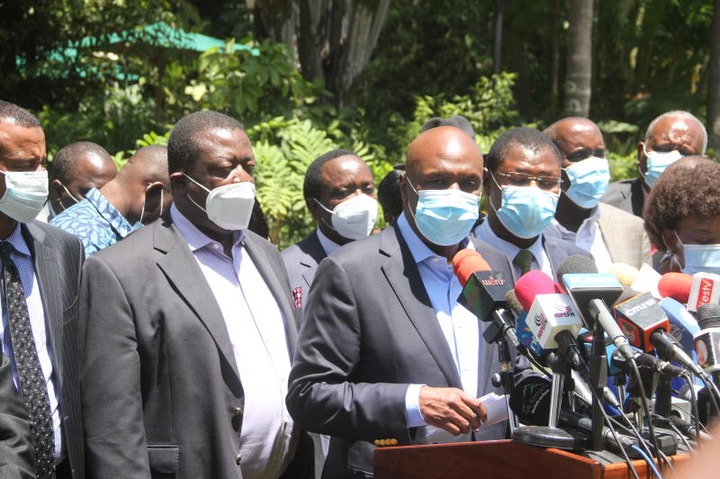 It has been reported that the one kenya alliance met deliberately to discuss the future of the newly formed alliance and also discuss about the covid 19 measures.

The meeting is said to have taken place in the Karen home of the ford Kenya leader Moses wetangula which kicked off at 11:00 am amid revealed that they were discussing about ways of accelerating the vaccination process so that those who are vulnerable in the society could get.

The meeting was attended by the the wiper leader Kalanzo musyoka , Baringo senator Gideon Moi and the Amani national Congress leader Musalia mudavadi and went up for three hours straight.

Musalia Mudavadi revealed that they had meet to talk about alarming numbers of covid 19 .

"It has comes to our concerns that the numbers of infection are rising at a very high speed. its the high time we know how we are going to take the containment measure to reduce the positivity rate" Said mudavadi.

Mudavdi Aldo raised his concerns to the government and told them to quicken the vaccination process.

Mudavdi also touched on the rising economic crisis saying that the president had to consider imposing other ways to contain the disease as people have now lost jobs.

Insiders From the meeting also revealed that the four had meet to discuss of how they will be bringing other members on their party to increase the influence.

Do yiu think this meeting g was right to have

Content created and supplied by: Sheriff'sReport (via Opera News )

Gideon Moi Musalia Mudavadi One Kenya alliance Tuheshimu Rais Uhuru
Opera News is a free to use platform and the views and opinions expressed herein are solely those of the author and do not represent, reflect or express the views of Opera News. Any/all written content and images displayed are provided by the blogger/author, appear herein as submitted by the blogger/author and are unedited by Opera News. Opera News does not consent to nor does it condone the posting of any content that violates the rights (including the copyrights) of any third party, nor content that may malign, inter alia, any religion, ethnic group, organization, gender, company, or individual. Opera News furthermore does not condone the use of our platform for the purposes encouraging/endorsing hate speech, violation of human rights and/or utterances of a defamatory nature. If the content contained herein violates any of your rights, including those of copyright, and/or violates any the above mentioned factors, you are requested to immediately notify us using via the following email address operanews-external(at)opera.com and/or report the article using the available reporting functionality built into our Platform

"I Will Never Give Up On My Daughter Stop Telling Me To Let Her Go":Ruth Painfully Tells Her Story. 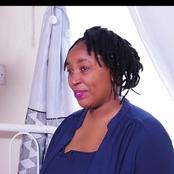 Importance Of Taking Your Baby For Immunization 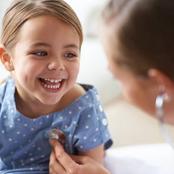 A KCSE Candidate Becomes Blind A Moment Before Starting An Exam. 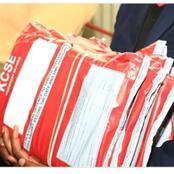 You Could Be Having Gonorrhea Infection If You Experience These Signs And Symptoms. 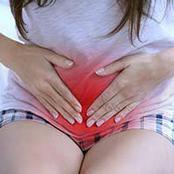 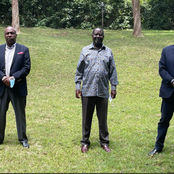 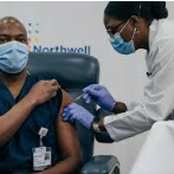 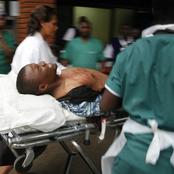 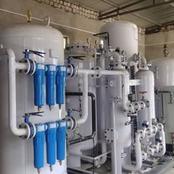 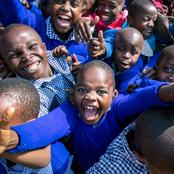 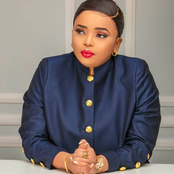