By Khaleilaogendi (self meida writer) | 25 days

This past week, Kenyans on Twitter expressed their rage over a loan the country took from the IMF. It reached a stage when Kenyans even took over the social media comments at a public online function of the IMF. That was how unhappy they were about the loan. 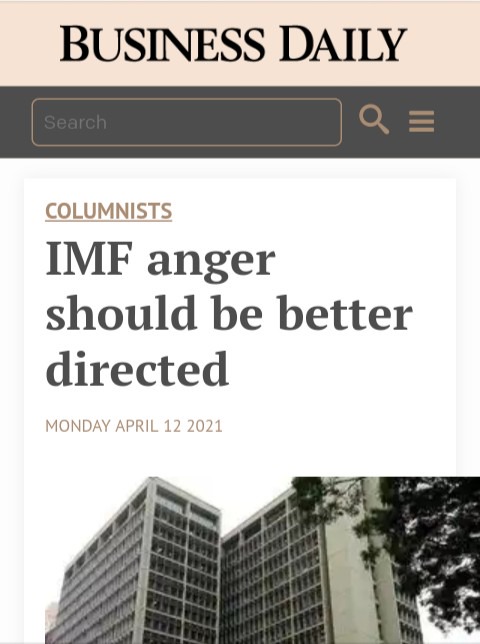 On the face of it the loan was not something to be angry about. It was supposed to help the country deal with the impacts of the Covid-19 pandemic and offer budgetary support. Given that financial constraints are negatively impacting the government’s ability to run its normal operations such support can only be welcome. However, there was cause for the anger.

First, historically IMF interventions always come at a cost. The last time they supported Kenya it came with the conditionality of getting rid of interest rate caps for loans from financial institutions and increase of tax on fuel. In these instances, they limit the fiscal space for the country by dictating what financial reforms they would like undertaken as part of their support. Invariably these conditions are at variance with what the citizens desire.

The second reason for concern is the feeling that these loans as opposed to helping the country are misused by the political elite who through corrupt practices divert them to their personal interests. Th result is saddling the country with a huge debt burden without any concomitant benefits. Currently Kenya spends a disproportionate part of its revenues on debt servicing. This amount has grown to an almost unsustainable level over the last eight years. It took Parliament to increase the borrowing levels over a year ago, an indication that we had reached our borrowing limits. The result is every child born is entering the world with a burden that he or she will have to bear on account of what the current generation has taken up. This raises questions of intergenerational equity and something that should concern us.

It is against this background that the disquiet from the Kenyan citizenry must be seen. How public finances is utilised is a critical governance question and its accountability — something that anybody who is donated sovereign authority by the people of Kenya must deal with.

While the complaints to the IMF are merited, they may be too little too late. The primary focus must be on those to whom the power is donated. Article 201 of the Constitution sets elaborate principles to govern finance, including transparency, equity, prudence, intergenerational fairness and responsibility. The primary actors in this process are in the domestic plane.

Several years ago, as part of history classes, I was taught about agitation during the colonial period based on the principle of no taxation without representation. The essence of this concept was that taxation is an aspect of representative government. To the extent that citizens pay taxes, they must hold those to whom they vest their taxes to account. This is a responsibility for the Executive and the Legislature. These two arms of government play a critical role in how taxpayers' money is used. The budget-making process is largely under the control of Parliament, which approves revenue raising sources and utilisation of public funds.

To the extent that citizens are unhappy about how their money is being used and why they should be saddled with more debt, they are in essence questioning the performance of the current Parliament.

This is a legitimate concern and one that must be asked loudly and directly. It should be raised with the relevant committees of Parliament and all the legislators who have been vested with authority to represent the interests of citizens in the budget making.

Once the budget is approved the Executive takes responsibility for implementation. This requires fiscal prudence and accountability so that the budget adheres to measures put in place and to seal all loopholes for financial leakages and mismanagement. 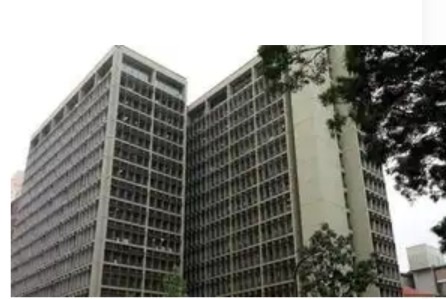 Citizens have periodic opportunity to hold their leaders to account. Public participation in financial management process is a huge chance to point out these loopholes. In addition, every five years we get the chance to renew the mandate of our leaders. In 2022, that chance will come again. Citizens should seek to judge candidates for president, governor and other elective posts based on their ideas and track record on managing public finances.

Content created and supplied by: Khaleilaogendi (via Opera News )