The Deputy President William Ruto who is closely eyeing for the topmost office after the incumbent President Uhuru Kenyatta retires from politics before the next year's general elections has greatly influenced the course of the politics in the country. This has been possible by using of the 'Hustler' slogan and being associated with the youths who form the broad base of voters. 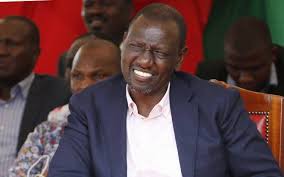 Before the ODM Party leader had officially launched his countrywide campaigns, the Deputy President William Ruto conducted several rallies in President Uhuru Kenyatta's central region. He gained incredible support from the people of Mount Kenya to an extent that there was the exodus of leaders from the ruling Jubilee Party to the UDA Party.

However, Raila Odinga's entry into active politics has greatly changed the dancing tune and the political trend in the vote rich Mount Kenya region. Raila has been able to break all the barriers that would inhibit him from getting the support of the residents. This is after he received the support of the members of Mount Kenya Foundation who are the opinion leaders and businessmen and women.

Reactions have sparked off after the city senior counsel lawyer reposted the August online opinion poll which showed that Ruto was leading by 58% while Raila Odinga 31%. Raila's supporter @Lord Abraham Mutahi claims that it is the time to conduct a fresh poll because Ruto has lost considerable ground in Central Kenya. 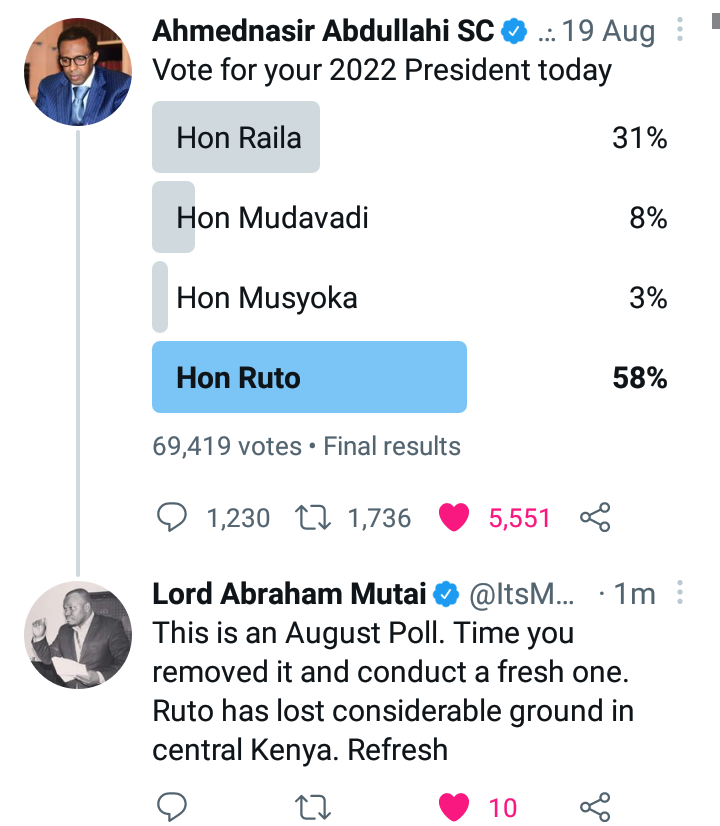