By RAILA-ODINGA-REPORTS (self meida writer) | 13 days 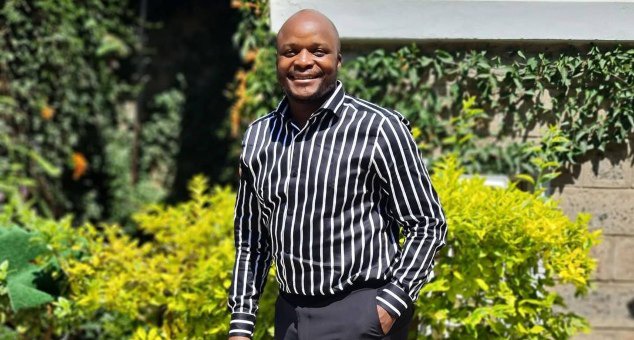 The poster claimed that Jalang'o would vie for the seat using the Amani National Congress ticket (ANC). Later the comedian dismissed the poster of him appearing to be campaigning for the MP seat, claiming that people were already panicking while he had yet not announced his next move.

"Ignore!! They have already panicked and we haven't even announced anything! Haters," he wrote.

Penning his thoughts on a post from Tuko.co.ke, @Tuko_co_ke, comedian Jalang'o left many wondering, questioning his next move after he had dismissed the poster alleging he would vie for the Lang'ata parliamentary seat on an ANC ticket comes 2022. 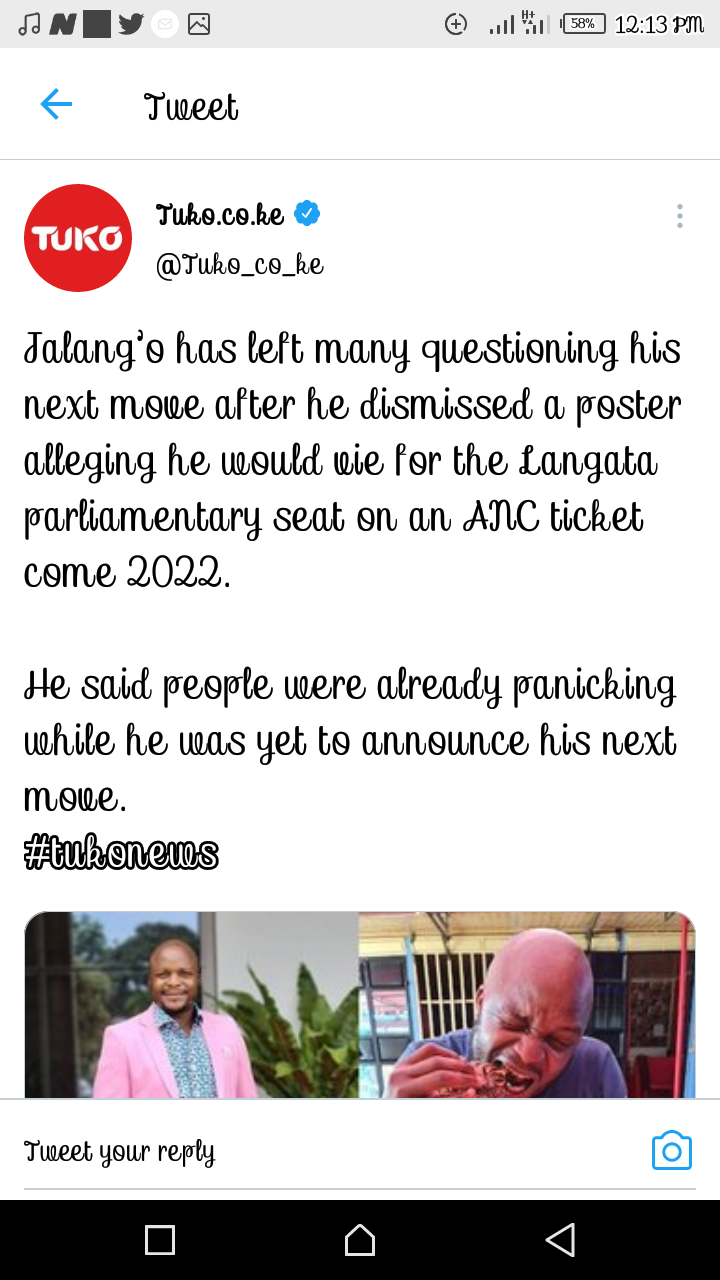 Its still unclear where the poster originated from and if the Radio presenter has any passion and thoughts of joining the dirty game of politics.

Jalang'o has worked at numerous radio stations. He began his radio hosting at Kiss FM in late 2008, then transitioned to Radio Maisha in 2012. He later moved on to Hot 96 FM in 2017 till 2018 when he moved to Radio Milele. In July 2020, Jalang'o went back to where he began his radio career as a Morning presenter alongside Caroline Mutuko at Kiss 100. This time his co-presenter is Kamene Goro.

While at Hot 96 Radio Jalas started airing his desire to join politics, noting that he would vie for a parliamentary seat come this 2022. Jalas disclosed that while he was happy at Kiss 100, he was using it as an exit plan into politics, a venture he has been thinking of for some time now.

"You're looking at Lang'ata Mp, I am incoming, when they mention MPs names, know that you will hear Jalang'o," he said responding to fellow presenter Billy Miya.

'Tumekubali Uko Na Pesa Mkuu,' Eric Omondi Told As He Steps Out In This Outfit Full Of Money