When Kandara Mp Seat was declared vacant, atleast more than 10 candidates lined up to replace Alice Wahome who was appointed as the CS by president William Ruto.UDA was then forced to have nomination so that the best candidate can be fronted. 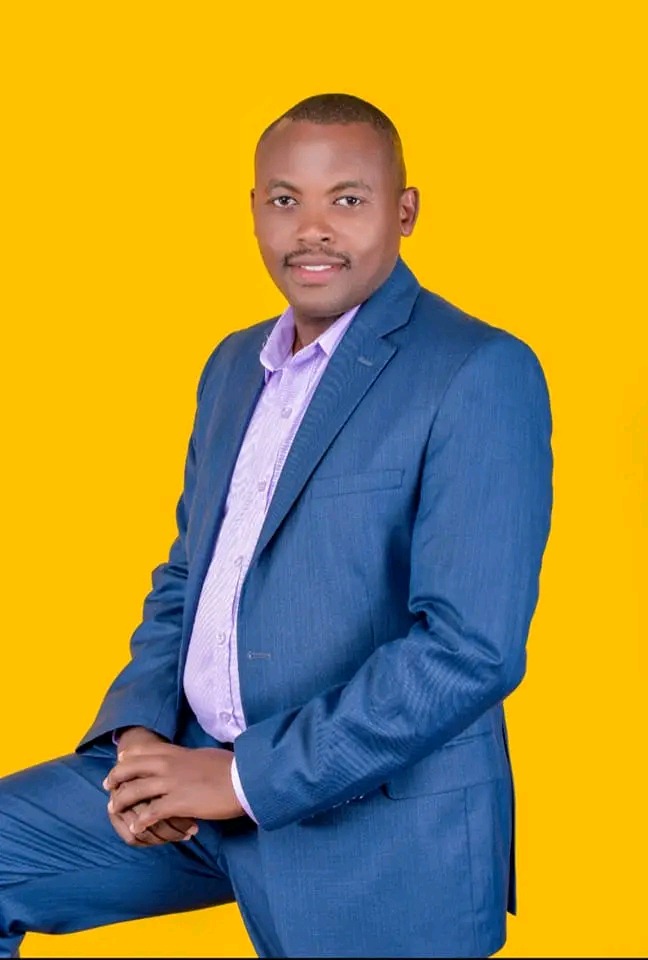 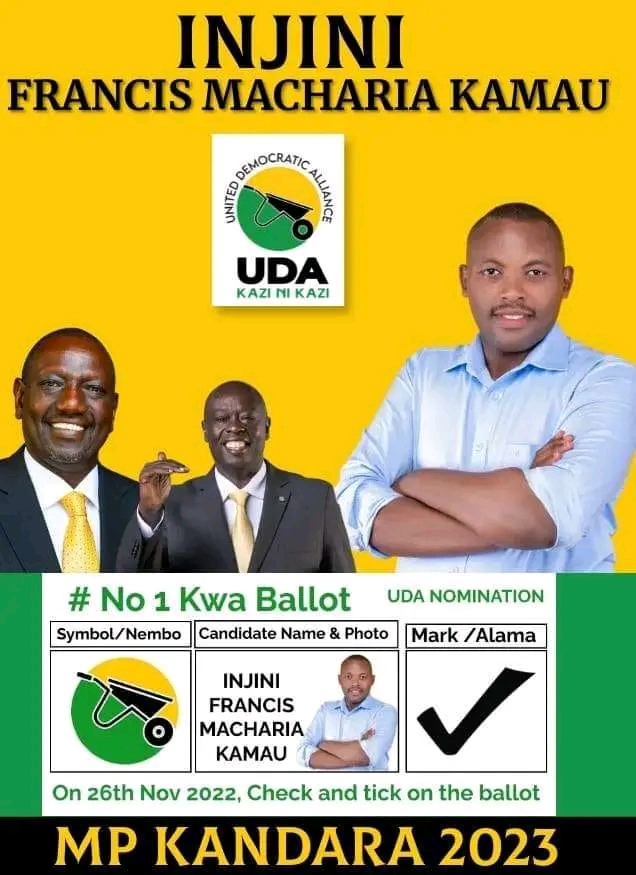 Dennis Itumbi then publicly declared that Injinia Francis Macharia was the best candidate for Kandara.He could on several occasions accompany Macharia to events in what was seen as solidarity and endorsement. 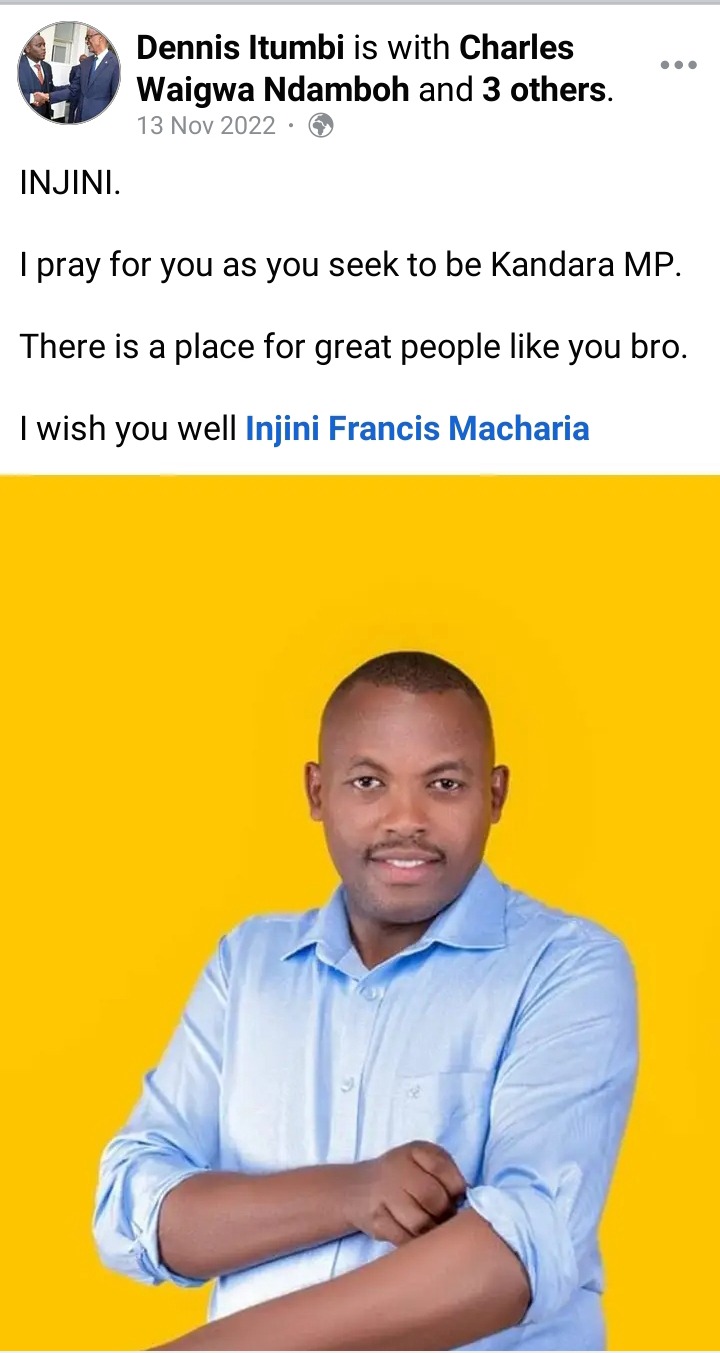 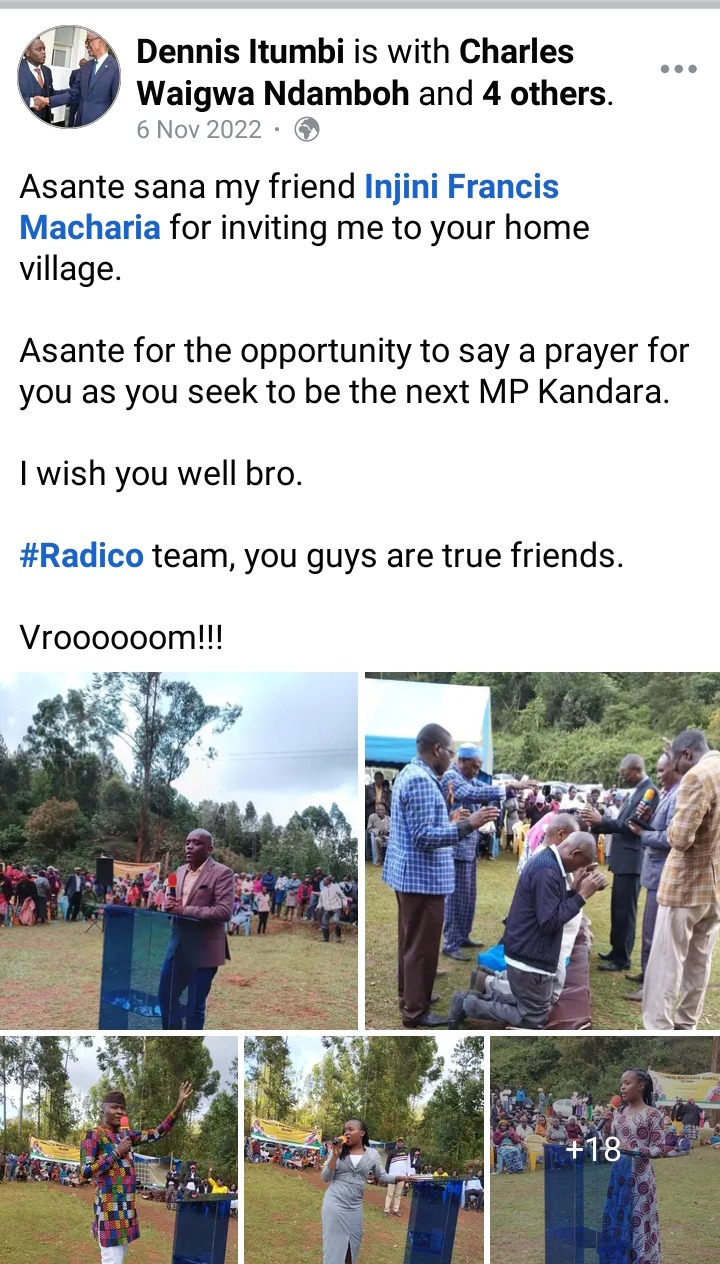 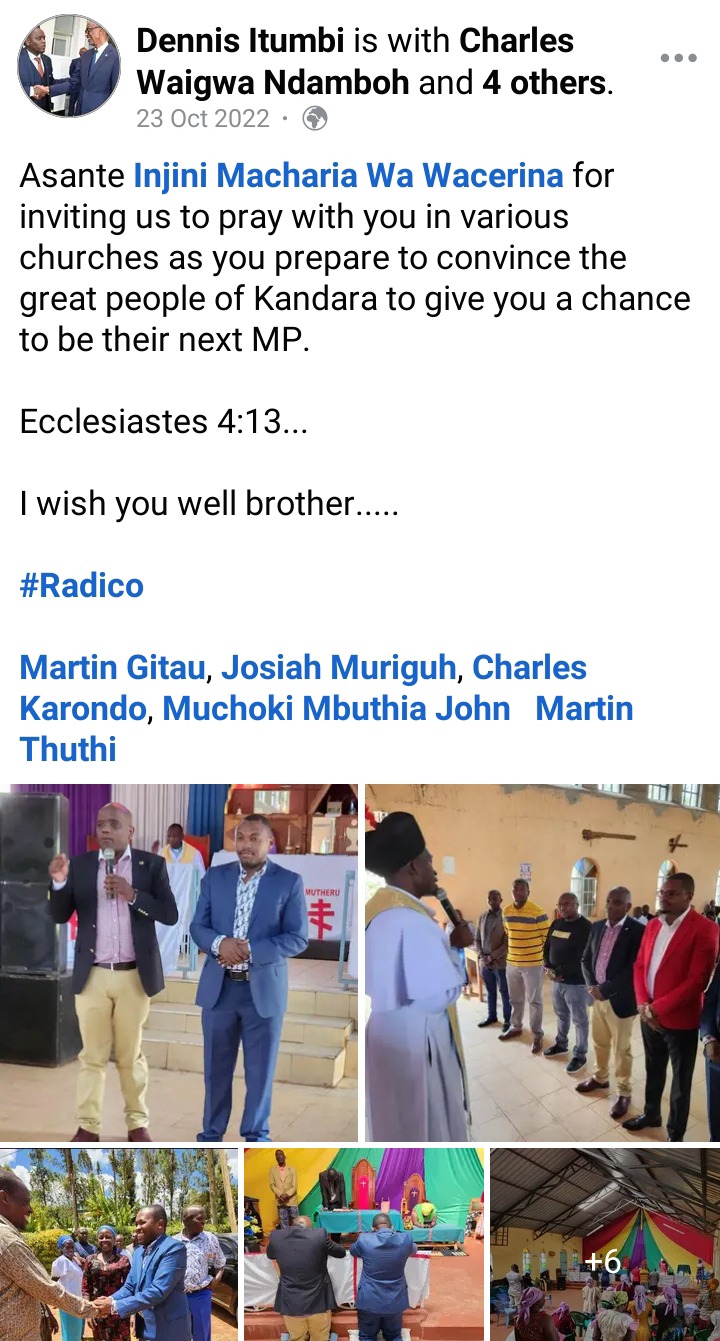 However the dream has been shuttered after Injinia Francis Macharia lost the UDA nomination that was held at Kandara yesterday.Chege Njuguna was declared the winner of the nomination and he will battle out with other candidates on by election.

Itumbi took it to his social media accounts to console Injinia Francis Macharia after he lost nomination.Itumbi praised Macharia and said he had done well.According to Itumbi it was a good attempt.He said life was all about showing up and fighting for a place .He was pleased that Macharia tried. 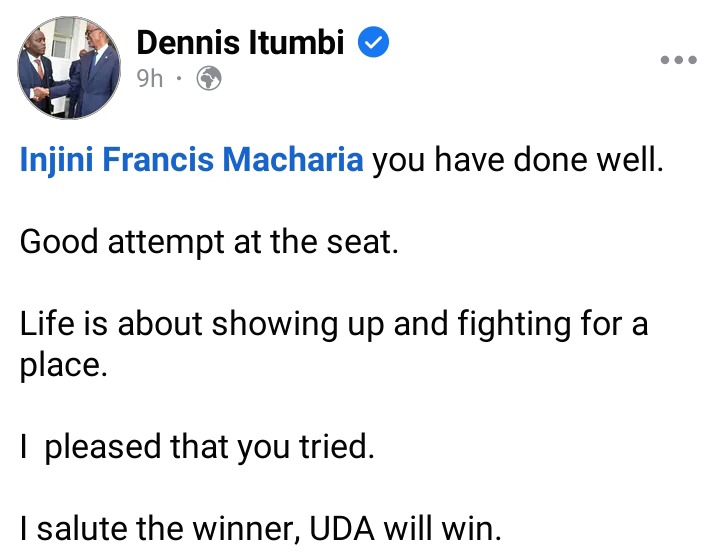