By Timelynews.com (self meida writer) | 1 months 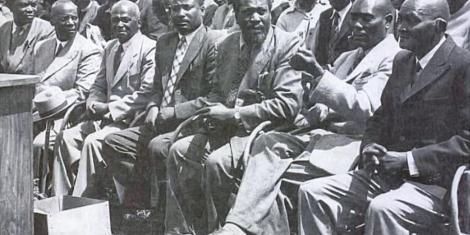 Corruption is an enemy to economic success in any nation and is oftenly a menace that is difficult to eradicate especially when it is deeply rooted in a given society or even a country. Unless authentic strategic plans championing the fight against corruption are designed and instituted, this devil will loom and control the souls of many.

In his eminent book entitled "Looters and Grabbers: 54 Years of Plunder and Corruption by the Elite, 1963-2017, Joe Khamisi gave a glimpse of how chiefs who were chosen by the colonial masters to rule smaller units called villages engineered corruption in the country Kenya.

Some of the powers which were accorded to chiefs during the pre-independence era were to maintain law and order, collect taxes from the villagers and mediating and conflicts in their areas of jurisdiction and oversee agricultural practices in their communities.

At times, some chiefs used excessive power in the name of loyalty to the colonial masters, taking livestock and grabbing land of the poor in the society on grounds that they failed to pay taxes. Sometimes they could torture innocent souls in order to demonstrate their power and bravery.

For instance, Kinyanjui wa Githirimu who inhabitated the altruistic and exemplary climate of Dagoretti in the colonial era rose from a village Potter to a paramount Chief after helping the british to snatch Kikuyu land from the residents and was awarded a vast land and a large herd of cattles, enabling him to marry more that 100 wives.

Musa Nyandusi was also a paramount chief and history records that he was one of the first people to own a car in Kisii and at one time was the richest man in the whole of Nyanza Province.

5 Foods You Should Always Wash Before Cooking

KPLC Alerts Residents In These Regions Of Another Power Interruption As From Monday 19, 2021