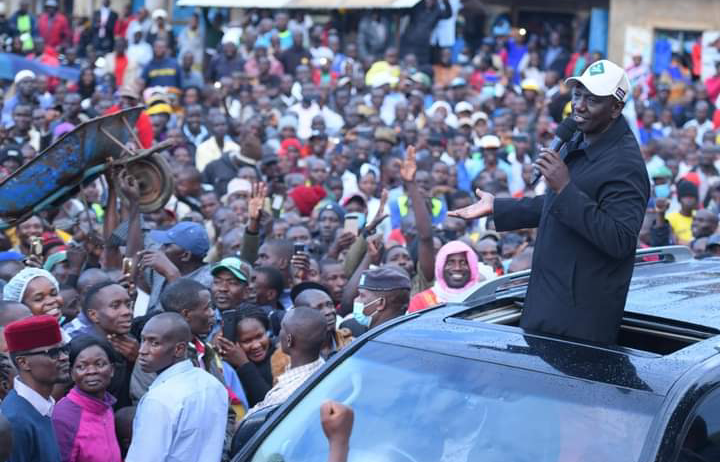 After camping in Kakamega county for the better part of yesterday as he held a series of rallies in various market centers within the county while selling his Presidential bid and popularizing his United Democratic Alliance, Deputy President William Ruto has finally taken his "reggae" to Busia county in his weekend tour of the Western Kenya region.

At around 10:50am today on October 23rd, DP Ruto in the company of his allies from the Western Kenya region and other parts of the country arrived at Bumala market for a commencement of his tour of Busia county with a that's slated to run for the whole of today.

His arrival at the market which is in a county that's dominated by Raila Odinga's supporters in the former Western Kenya province attracted quite a huge crowd as elated residents gave him a warm reception.

While in that rally at Bumala, the DP once again said that "the leadership of this country will be determined by Kenyans through the ballot and not by a few influential individuals in hotels or by the deep state". 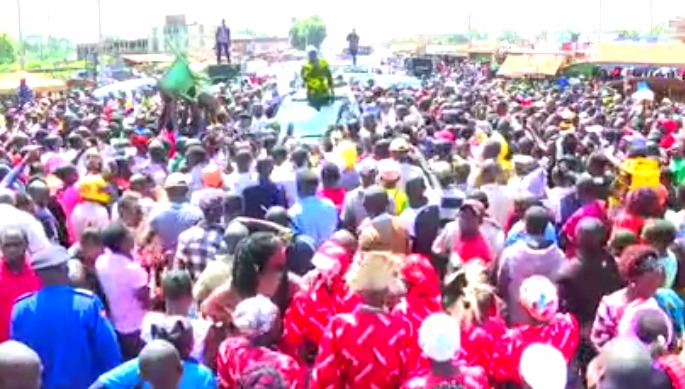 He also said that allegations that he's a corrupt leader who has enriched himself through graft are merely malicious propaganda from unappreciative individuals whom he supported in the past, and which is aimed at tainting his name just because he has chosen to support "hustlers" this time around.

On how he will support those hustlers for them to raise to prosperity like how he rose from selling chicken to being a renown leader and businessman, the DP told Bumala residents that he'll set aside Ksh.100 billion in his administration for the same.

Then before leaving, the DP noticed some young men holding a wheelbarrow in the air in his rally and surprised them with ten thousand shillings before announcing that he had carried one million shillings for Bumala traders as well.

Below are some photos of the DP at Bumala market and the crowd that he attracted. 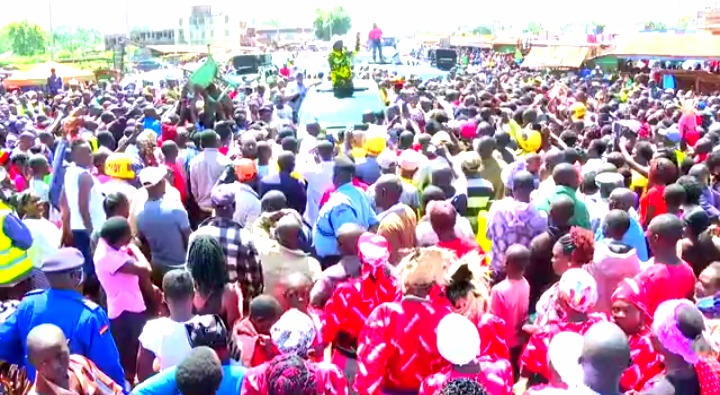 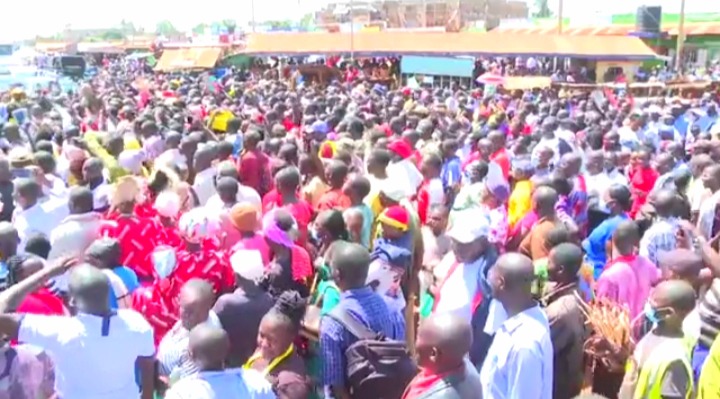 While in Busia county, the DP is scheduled to also hold rallies at Nambale market, in Busia town, Malaba town and other market centers along the Malaba-Eldoret highway while on his way back to Sugoi.

Watch the DP give the youth holding a wheelbarrow Ksh.10,000 at minute 11:00 of the video of the link below. 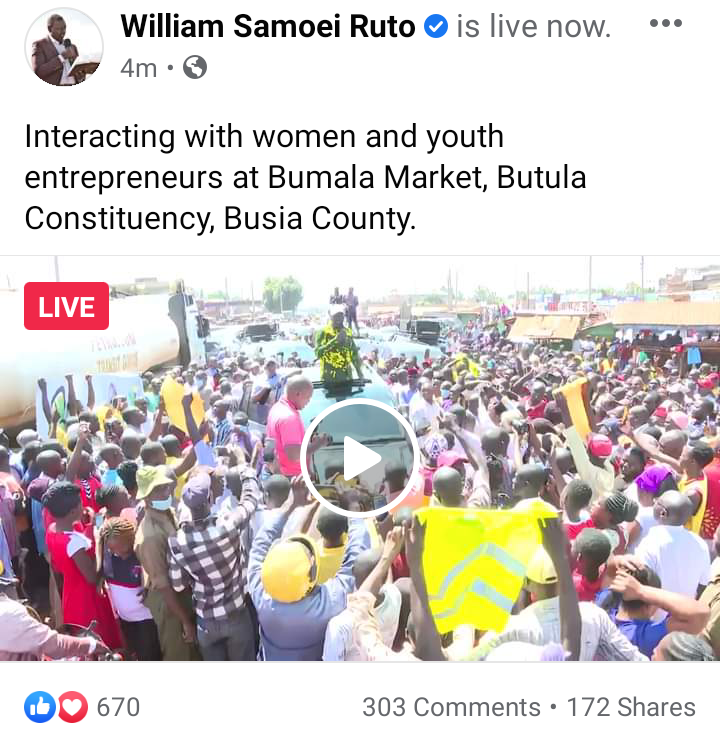 Charity Ngilu Distances Herself From The Enziu Bridge Tragedy, Revealed What The Government Will Do

RIP, Bodaboda Rider Commits Suicide After His Wife Left Him In Baringo