By Isaac_Adungo (self media writer) | 22 days ago 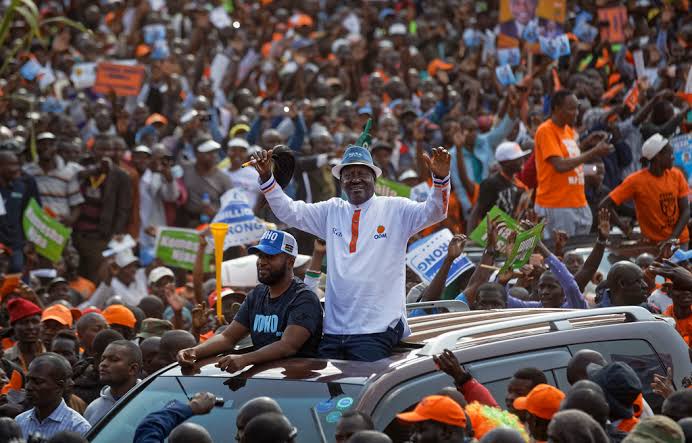 With only a few days remaining to the commencement of mass voter registration, the Independent Electoral and Boundaries Commission has suffered a resounding defeat after parliament adopted a report from the committee on delegated legislation that rejected the commission's proposals to cap presidential campaign costs.

According to MPs, IEBC unjustifiably delayed publication of the regulations, which should have been in place at least a year before the August 9, 2022, general elections.

The move by parliament now opens ways for what experts term as the most expensive campaigns in Kenyan history, with Odinga and Ruto camps expected to invest heavily on branding, advertising, logistics and tips.

The annulled bill that had already been gazetted had however discriminated against other five political seats whose campaign spending were to be determined by landmass and population density. 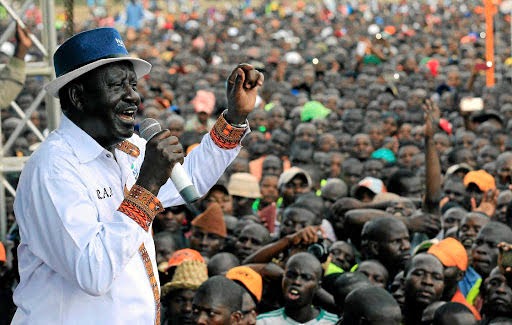 The heated motion was sponsored by Ndaragwa MP Jeremiah Kioni.

"The objective of the Bill is to amend the Act, 2013 to align its provisions with the Elections Act, 2011 and further propose amendments that will enable its implementation as the current provisions do not take cognizant of current socio-economic and political structures which have hindered the full implementation of the law," the bill read in part. 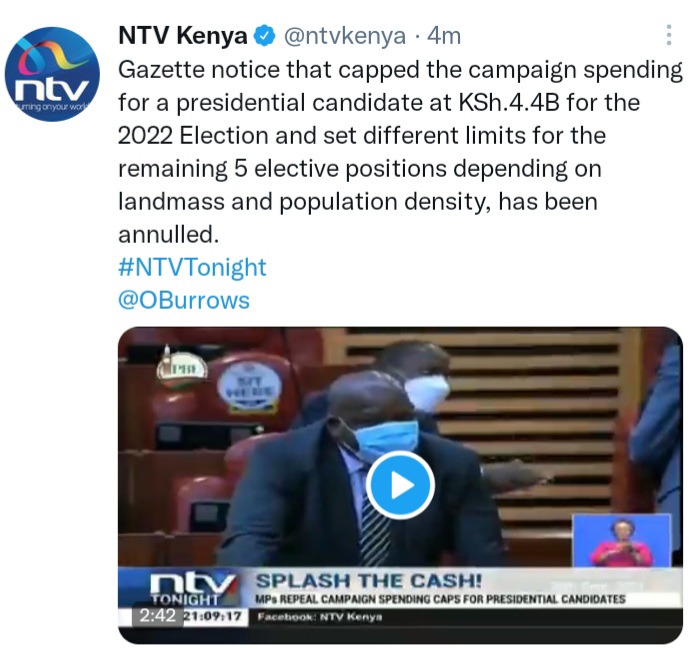