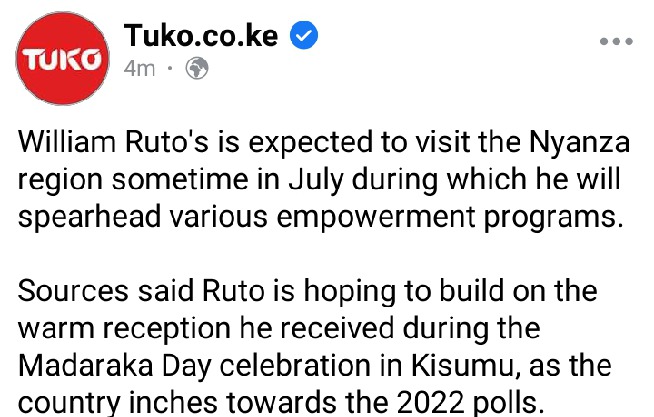 The Nyanza residents are on top gear to give the deputy president a heroic warm welcoming as they criticize the rumours spreading that they might cause chaos during such a landmark visit. While speaking to the press, the locals urged that they are people with morals and they have welcomed everybody in Nyanza region despite their political stand as the residents urged that they only need development matters in the region.

Most people believe that the Nyanza people are very rowdy but that is not the case because the residents also cited an example of what happened during the Madaraka day celebrations where they gave the deputy president a heroic warm welcoming despite their political differences with the Regions kingpin Raila Amollo Odinga. 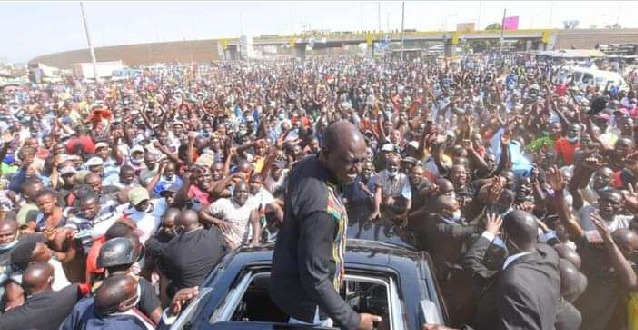 This new dawn of the Nyanza locals to the region is believed to be a Mega boost for the deputy president who is expected to visit the region soon to market his agenda to the region ahead of 2022 election.

The residents also cited that the deputy president need not to fear the Nyanza region as he is always welcomed in the region to sell his agenda and then they will decide whether to vote for him or not. If Ruto visits the region as planned, it will be a major setback for the prime minister Raila Amollo Odinga who is also planning to be the next president of Kenya come 2022

A Form Two Student Shot With An Arrow

Rayvanny accused Of Stealing Paula From Hamisi, Who Was Planning To Marry Her

RIP: Photo Of Police Constable Who Collapsed And Died Shortly After Visiting His Girlfriend

Kinyanjui To Kenyans: "Be Careful On New Political Terminologies Used Currently By Politicians"

William Ruto Declares This Ahead of 2022 Polls