By Amayosilas (self media writer) | 1 month ago

The 2022 general election is quickly gaining momentum, as various politicians transversing across the country seeking for political mandate from their esteemed supporters. 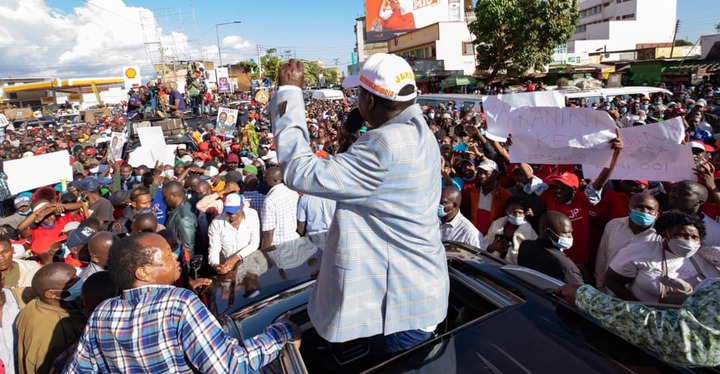 Presumably next year's general poll will be the turning point of all elections held since Indipendence, for it will entails vigorous campaigns across class and ethnic divide.

Apparently it is still not very clear whether Odinga will vie for presidency since he hasn't publicly declared his candidature, consequently, according to the opinion poll conducted by Kenyans.co.ke to weigh whether Odinga should run for presidency, it postulated out that, about fifty four percent of Kenyans were not ready for Odinga's presidency.While fourty six percent of Kenyans were more than ready and very comfortable with him becoming the fifth president. 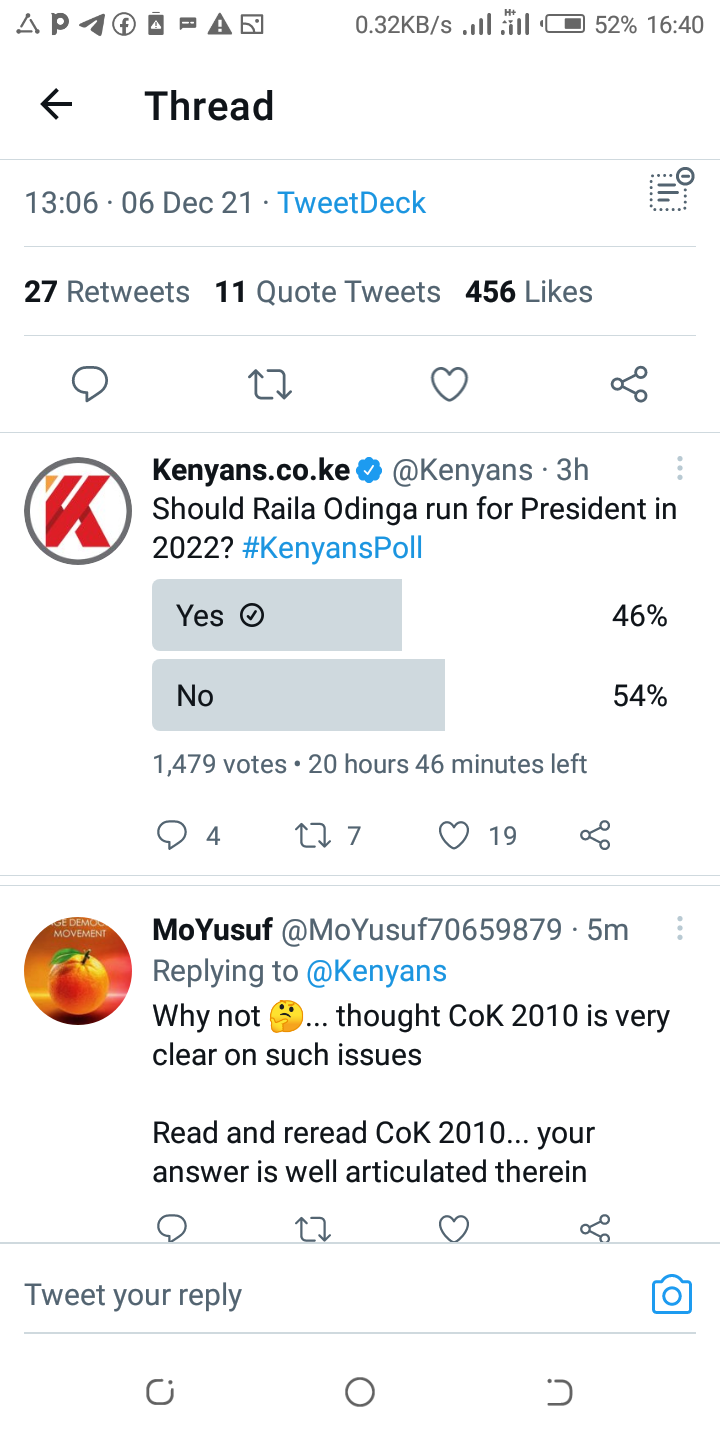 This takes effect with only about four days, for a mega launch of Raila Odinga's campaign, under the umbrella of 'azimio la umoja' initiative, in Kasarani where various dignitaries from other countries are expected to attend.

Content created and supplied by: Amayosilas (via Opera News )