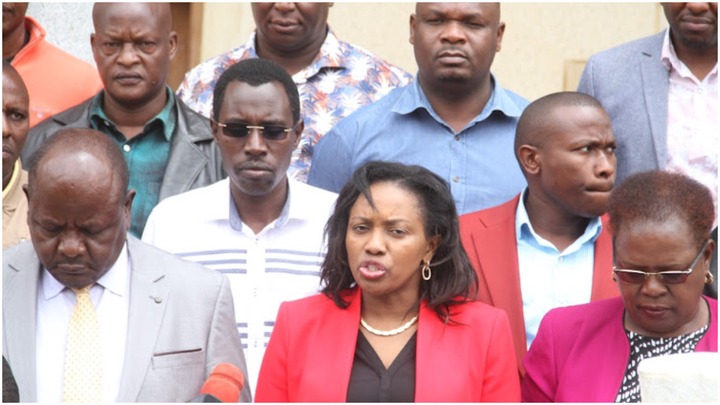 Political Analyst Herman Manyora has argued that Kandara Member of Parliament Alice Wahome can make a good Communication Director owing to her several years in the political and public sector compared to Nakuru Senator Susan Kihika.

Through his You Tube Channel where he holds a segment titled, "Professor, Who Would You Gamble With?" Manyora first recognized that the two are influential female leaders who are doing exceptionally well in the political space which was one time considered as a man's destined space.

"For a Communication Director, I would go for Alice Wahome, she has been around for a while," said Manyora.

The duo are Deputy President William Ruto allies who defected from supporting President Uhuru Kenyatta when he unveiled the handshake with Raila Odinga hence 'sidelining' the DP.

They have been vocal in hitting on the handshake, stating that it is the main reason the country is not in its place compared to the Jubilee administration's first term.

Kihika has shown interest in contesting for the Nakuru Gubernatorial seat while Wahome hinted of going for Murang'a County top seat come 2022.