Raila Cautioned, Told What Will Have Befallen Him by 6am on 2022 Election Day 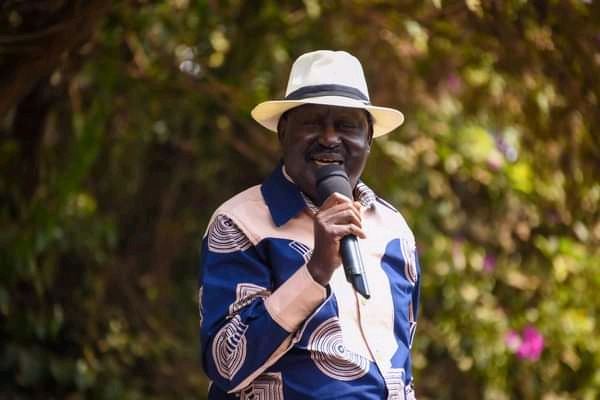 ODM leader Raila Odinga should not be misled that the Mt Kenya region now loves him and is ready to support his future presidential candidatures, former Mukurweini MP Kabando Wa Kabando has said.

Raila has been seen to surround himself with a section of leaders from the area, including President Uhuru Kenyatta and Nominated MP Maina Kamanda, some who have been saying that the region is ready for him.

But Kabando says that this is not the case, and that natives of the region are still using the insults they have always used when referring to him, adding that Kikuyus don't see him as a man who can lead them.

The former Assistant Minister states that judging by the current state of affairs, Raila, should he not drop off from the race, will lose by 6 in the morning and should consider falling back and let others compete.

"Forget NOT they still say you're 'múgúrúki' "kímúndú". They won't ever trust you for they know not you. But they say you're 'aged, weak, ailing, mellowed' so they'll attempt to "install" you for their gluttonous motives. In ensuing circumstances, you'll lose to a 'Hustler' 6am," he says in a tweet. 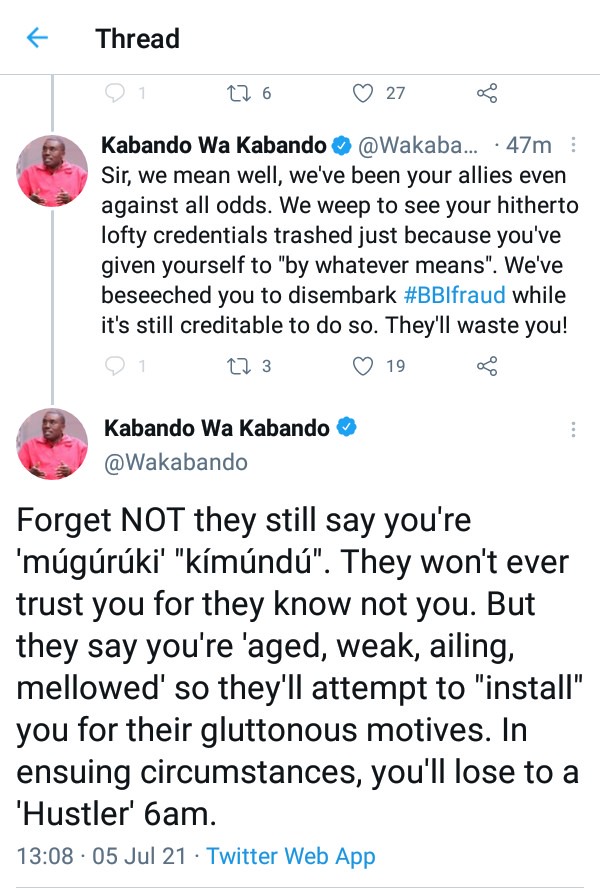 The other reason he claims the region is against Raila is his involvement in the push for constitutional changes, advising him to drop his support for the BBI push if he is to better his image before Kenyans.

Kabando advises Raila to look around him and see that even the people who were once with him, like himself (Kabando) are against him on this one and realize that it is because he is on the wrong route.

For him, what Raila is doing is undoing the achievements he had made by being part of an unwanted push, and should disembark from the BBI.

"Sir, we mean well, we've been your allies even against all odds. We weep to see your hitherto lofty credentials trashed just because you've given yourself to "by whatever means". We've beseeched you to disembark #BBIfraud while it's still creditable to do so. They'll waste you!" he adds.

Raila, despite all the warnings, has proceeded to take over as the face of the BBI, a product of his 2018 truce and handshake with the President.

He has vowed not to drop his involvement in the push for law changes, maintaining that the BBI is the solution to the recurrent political problems the country has been grappling with for years.