The Leader of Orange Democratic Movement party, Raila Odinga and the Official flag Bearer of the Azimio la Umoja Coalition, has this afternoon picked his running mate for the position of Deputy President if he is to win in the August Polls. 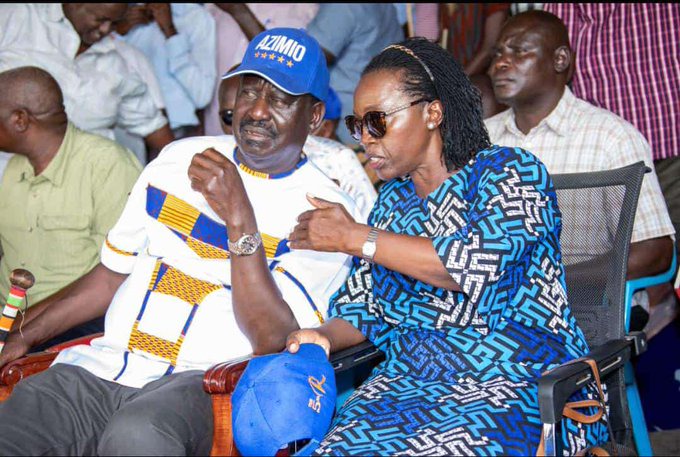 The Former Prime Minister, Raila Odinga, has decided to go with Martha Karua of Narc Kenya as his official running mate in the August 9th General Elections.

Kalonzo Musyoka had declared his intent to be the running mate of Raila but he was snubbed and instead decided to go it alone in the August race.

Kalonzo will now be in the ballot with Andrew Sunkuli as his running mate in the next General Elections.

Martha Karua is the leader of Narc Kenya and for the past few days, she has been pitted as the preffered Presidential running mate for the Former Prime Minister.

If they win the August Elections, Martha Karua will be the first Female Vice President in Kenya which will be historical and inspirational for many young girls and women out there.

Below are some reactions from Kenyans on the selection of Martha Karua as the official running mate. 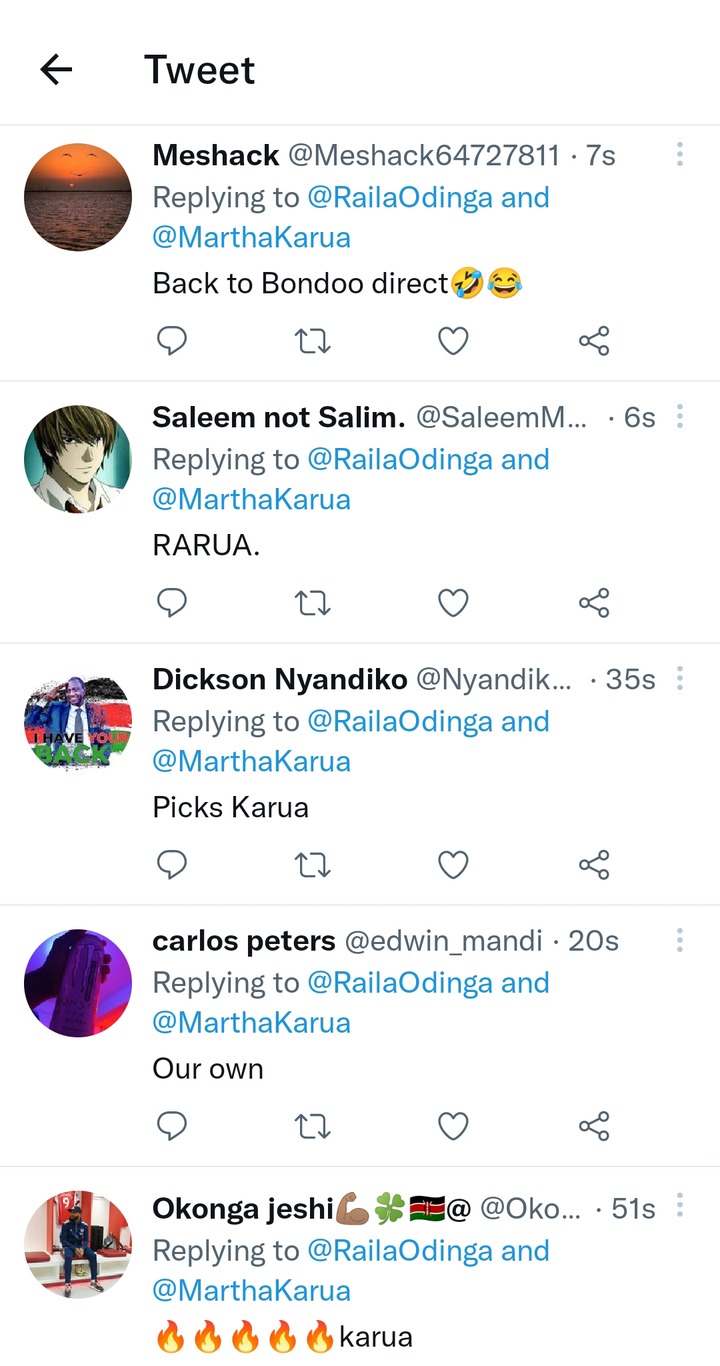 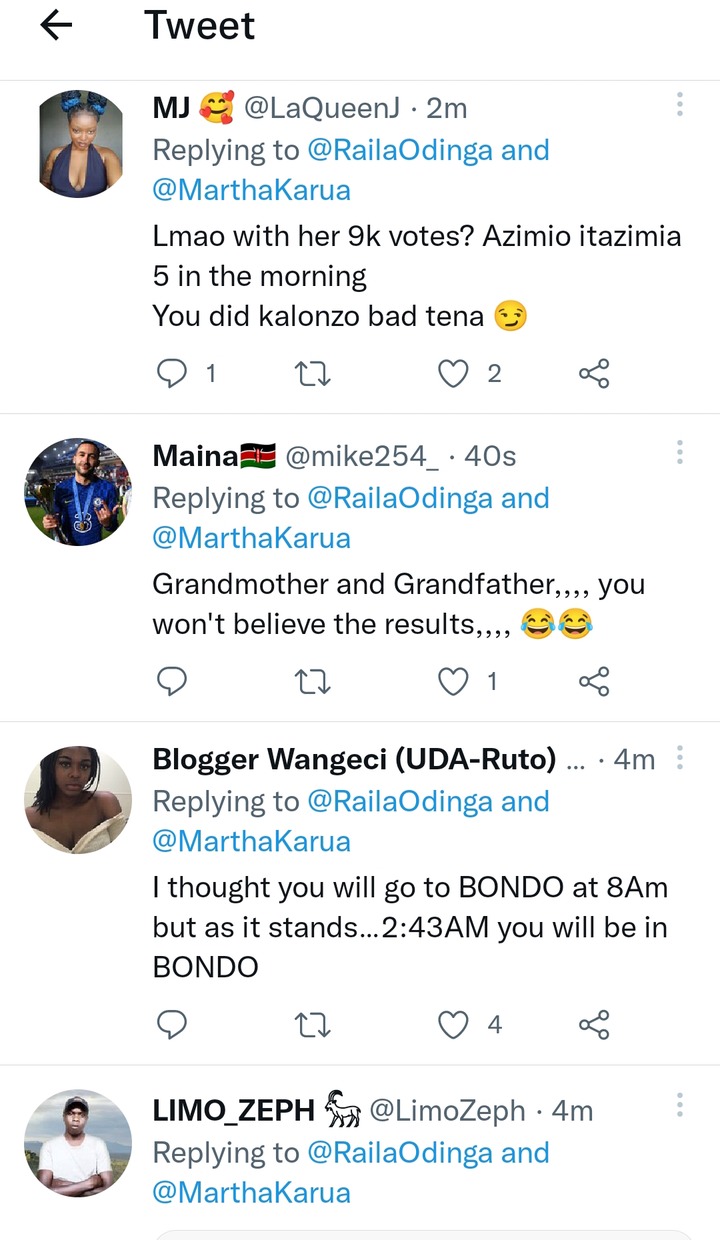 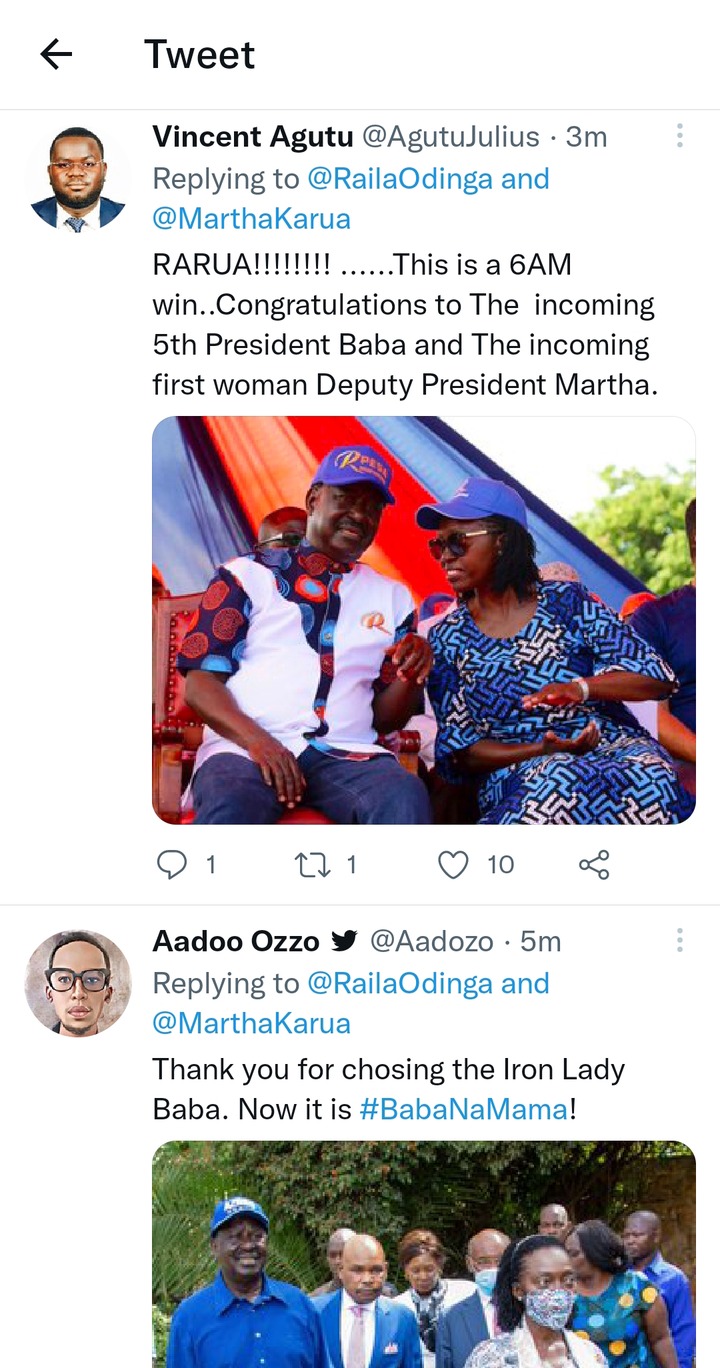 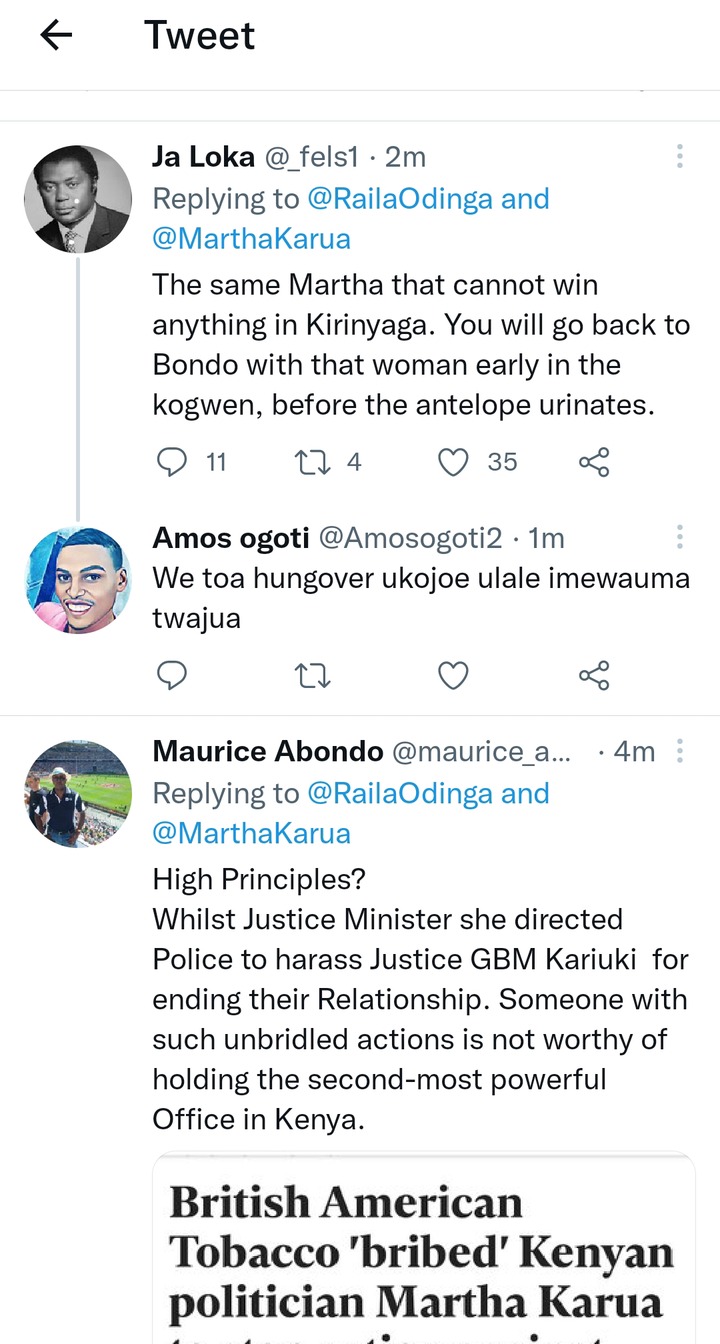 Kenyans Quickly React To A Photo Of Wetangula, Alfred Mutua And Musalia Mudavadi