By Kisumucitydala (self meida writer) | 14 days

According to the video published by Citizen TV via their verified twitter handle, the former prime minister Raila Amollo Odinga presidential ambitions and plans finally leaks as it comes to the lime light.

According to the video, the former prime minister laid a trap on the deputy Ruto to ensure his ambitions are completely shuttered down.

According to the video, the move by the Mt Kenya leaders to join Ruto's camp is a set plan by Uhuru and Railla as they are expected to decamp back to Odinga ahead of next year polls.

According to the video, Raila Odinga stated that they have laid a trap to stop Ruto and to weaken him ahead of next year polls. 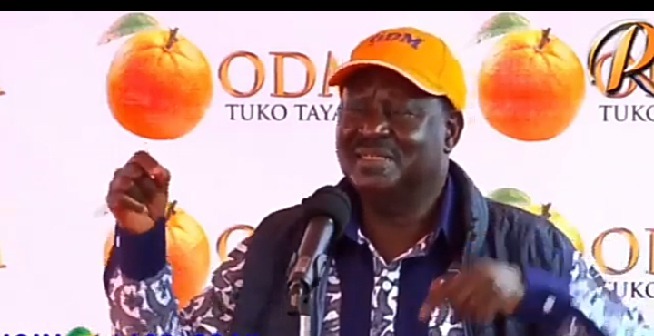 According to the move by former prime minister to receive politicians who have decamped from the UDA today, he stated that it was a well calculated move as they expect more leaders to decamp from the party in the next few months.

In addition to that, according to the separate video, the DP Ruto switched to blame games as blame Uhuru for not honoring their oath.

According to the video, Raila claimed that Ruto made a call to Mudavadi to Mudavadi after details leaked about Raila and his plans in Mt Kenya region.

According to the video, Raila stated that Ruto has lost hope in Mt Kenya and thats the reasob why he made a call to Mudavadi so that they can team

Content created and supplied by: Kisumucitydala (via Opera News )