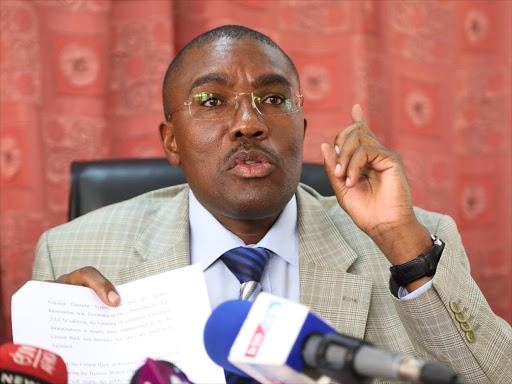 Former Mukurweini lawmaker Kabando Wa Kabando has once again decried the levels of graft in the country, after months of calling for a better system that can help crush the corruption menace.

He now claims that this could have something to do with the recent Pandora Papers exposé, which has touched President Uhuru Kenyatta, whose family is said to have stashed about $30 million abroad.

He says that it is very likely that this money was not rightfully acquired, urging the President to admit that there was a mistake from his part, apologize to Kenyans and see to it that the money is brought back.

"As MP I told my party Leader and President H.E Uhuru Kenyatta only the TRUTH. God is my irrevocable witness. My confidants and colleagues knew it. But evil fear rules us. Mr. PRESIDENT, Sir: don't explain it. Admit mistake. Apologise. Return those billions to our motherland Kenya," he says. 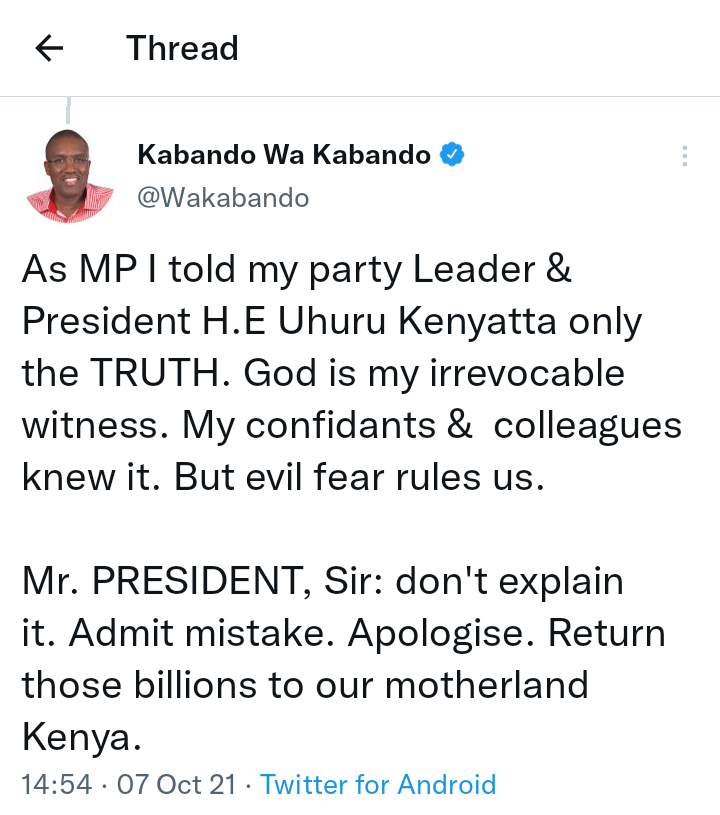 But his allegations differ from what the sources behind the findings have said, that the resources being linked to the first family cannot be linked to the country's coffers or said to have been looted from Kenyans.

But to Kabando, the money is most likely the result of the many corruption scandals that have been recorded in the country.

Uhuru has acknowledged the report, but has made it clear that he can explain himself, even as supporters and allies of his embattled deputy William Ruto now use this as a campaign weapon against him.

Jaguar Shares The Same Stage With Diana B And Bahati During Live Performance At Nakuru.