By AbubakarIDD (self media writer) | 2 months ago 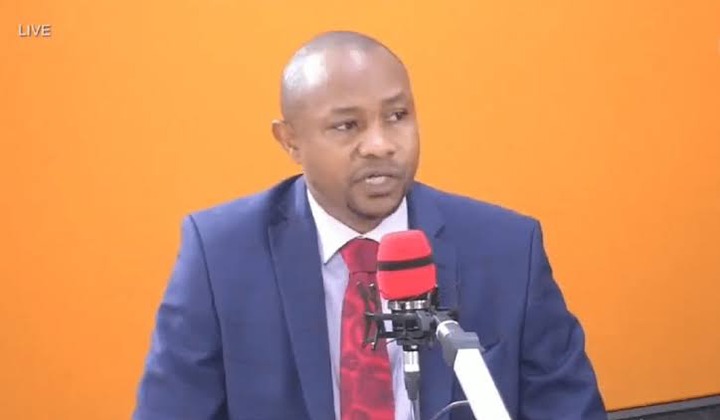 After Raila Odinga was defeated in the August 9th 2022 general election, many of his allies like his Chief Agent Saitabao Ole Kanchory went missing. They have not been speaking a lot as usual to the extent that some Kenyans have been asking themselves about their whereabouts.

While that is the case, today Baba's Chief Agent Saitabao Ole Kanchory finally broke his silence after a long while as he revealed to the Nation what he has been doing behind the scene.

Through his official twitter account, Saitabao Ole Kanchory stated that he was on a 40 days mourning period for the country after Raila Odinga lost the presidential race. According to Kanchory, he concluded his mourning period today and he is now looking forward to President William Ruto's bottom up economic model approach.

Saitabao Ole Kanchory went on to say that he wants to see how the bottom up economic model approach will be implemented because talking is cheap and can be done just easily. 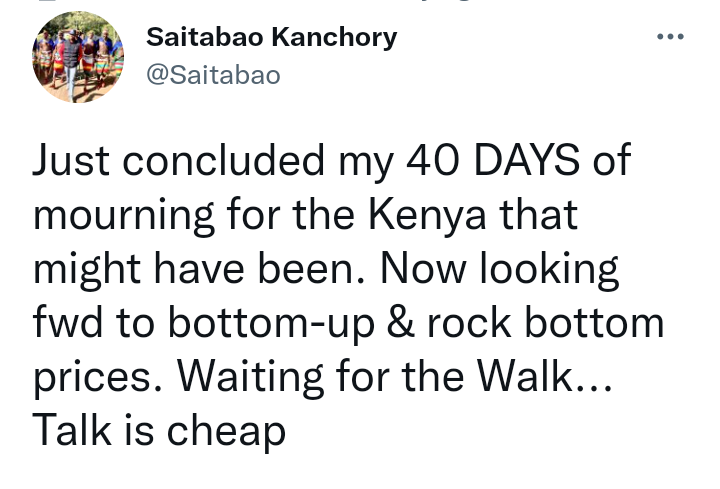 Njoki Muchemi's Kin, Woman Shot Dead Together With Her Two Girls, Yet To Agree On Burial Site