The Standard, The Daily Nation And The Taifa Leo Newspapers Headline 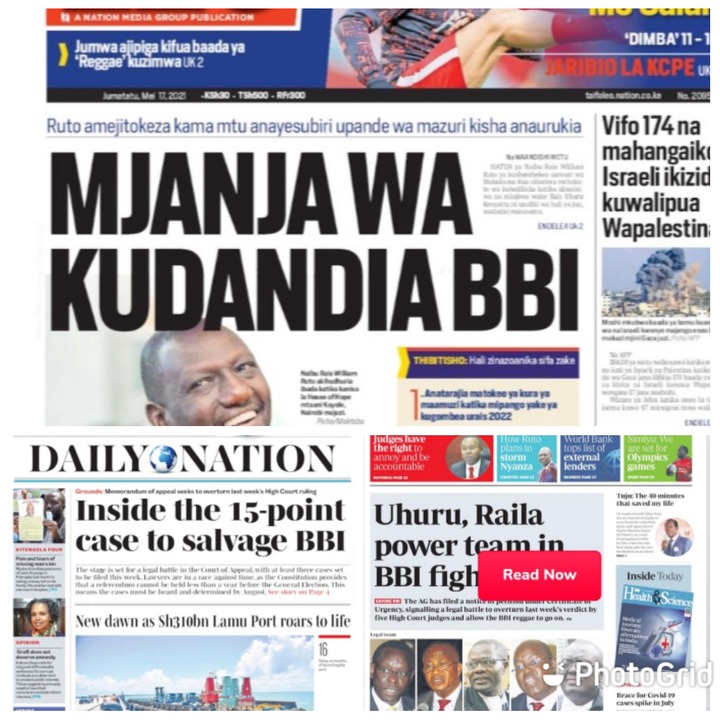 The publication has exposed the deputy president William Ruto as leader who does not make his decision,but waits for results that benefit him to celebrate.

According to the publication, the BBI Bill ruling has exposed DP Ruto's character so.

Here are characters that prove so according to today's publication;

1.DP Ruto did not oppose the Building Bridges Initiative in public, but when it was nullified by high court judges,he celebrated.

2. Ruto did not direct senators and Members of Parliament on how to vote but expected them to vote "No".

3. DP Ruto did not file any petition in court to challenge BBI Bill, but celebrates court ruling.

4. He pretends to celebrate the court ruling while he had poked holes the same court in 2017 for nullifying Jubilee victory. 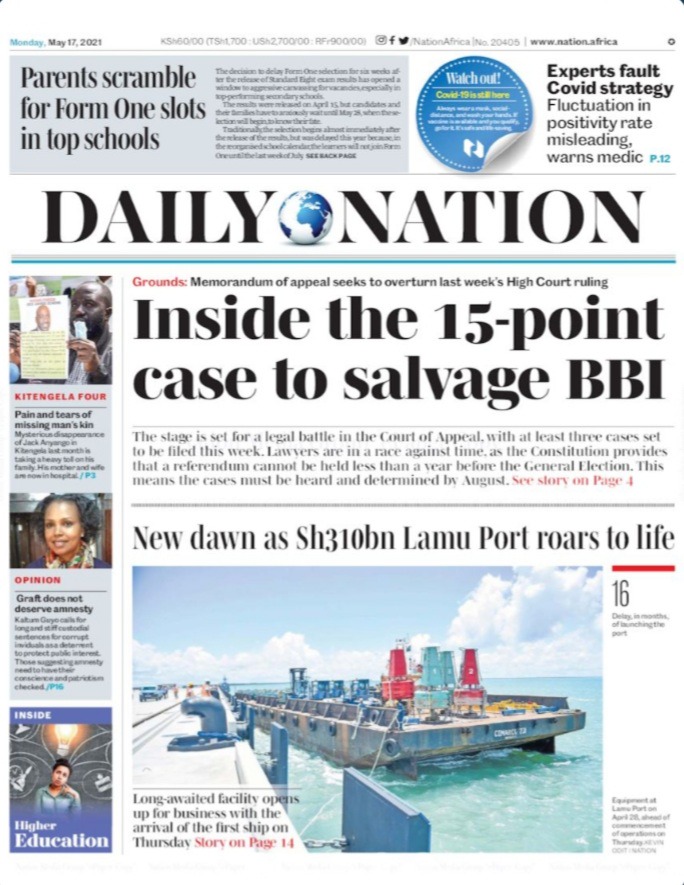 The publication speaks about the 15 point case to salvage BBI.

After the high court ruled out that the Building Bridges Initiative (BBI) to be ilegal null and void, the BBI supported are set to storm the court of appeal to challenge the high court decision.

According to the publication, the stage is set for a legal battle in the court of appeal for at least 3 cases set to be filled this week.

Lawyers will be on the race knowing that the Kenyan constitution states clearly that a referendum will not be held less than a year to the General Election. This means the cases must he dealt with very fast before its too late. 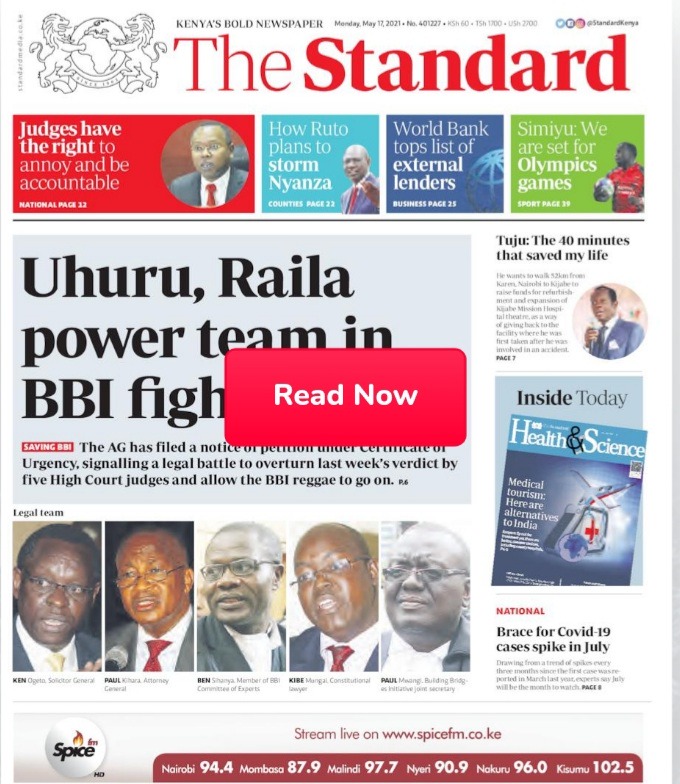 The newspaper talks about the Uhuru,Raila power team in BBI fight.

After the high court stoped the reggae last week,the Attorney General has filed a notice of petition seeking to overturn the high court ruling that the the 2020 Constitution Amendment Bill was ilegal, null and void,hence allow the reggae to continue.

This power team will try all they can to overturn the high court five-Judge bench ruling that BBI is ilegal,null and void.

Ralf Rangnick speak on how Rotation in Midfield has helped Fred and Bruno. Something Ole never tried

Meet 3 Countries In The World Where Women Pay Dowry Instead Of Men Before Marriage, See Photos