By Summary (self media writer) | 9 months ago 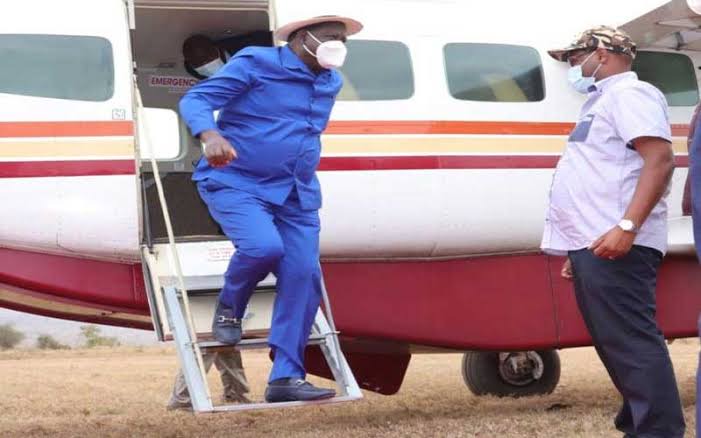 ODM leader Raila Odinga is on this Monday embarking on a week-long coastal tour to popularize the Building Bridges Initiative (BBI) and reclaim lost ground.

The visit marks the second in six months and he is expected to visit Taita Taveta, Tana River, Kilifi, Mombasa, Kwale and Lamu Counties.

But even as the ODM leader is set to begin his tour in Taita Taveta, conflicting reports have emerged on who will host him.

Raila, will first arrive in Taita Taveta on Monday 3pm and he is expected to be received by Governor Samboja, local ODM MPs, MCAs and other party officials at Taita Hills and Salt zlick Lodges airstrip.

County boss office, on one hand, it will play host to the ODM chief while his local party leaders have stated they will the ones to do so, on the other hand.

According to Taita Taveta Director of Communications Dennis Onsarigo, Raila will pay the Governor a courtesy call on Tuesday morning before proceeding to inspect the development projects in the county.

Raila will later in the day hold a rally in Voi Town.

Onsarigo told the Standard ODM chief will be hosted by the County Governor.

However, a group of ODM officials from the County say they will host the ODM leader Raila Odinga.

In a meeting that was presided over by the County Chairman Richard Tairo, and attended by Voi MP Jones Mlolwa, Assembly Majority leader Harris Keke and several MCAs, the local party leaders said they will host the ODM leader.

Tairo told the Standard Raila’s tour in the region is planned by the ODM leaders and they are expected to hold a meeting at a hotel on Monday to deliberate on myriad of issues.

They stated a different schedule where they said the ODM leader will address rallies in Mwatate town at 9am on Tuesday and launch a CDF project in Mwatate.

With these conflicting pieces of information, it remains to be seen how the tour will unfold given that Raila is touring the region a wounded man after most of his allies defected to the Deputy President William Ruto’s Camp.

Gone Too Soon: Names Of Some Of The Victims Of Tragic Mwingi Bus Accident That Killed 33 (Photos)