By Contentcreator01 (self media writer) | 1 month ago 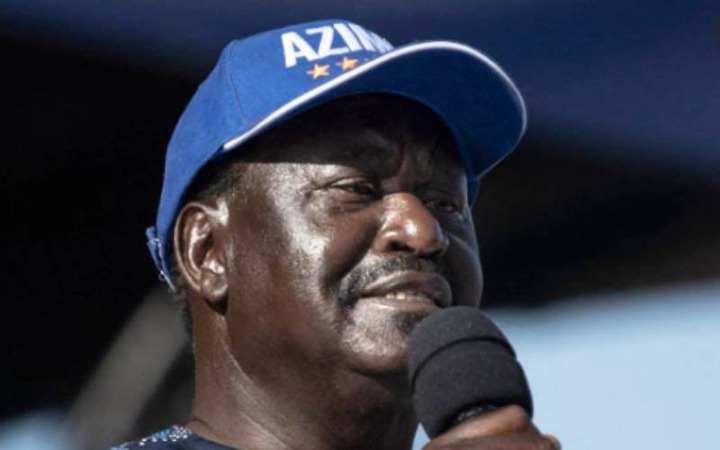 Raila Odinga has pledged to fight corruption should he win the August 9, 2022 presidential election.

Azimio la Umoja-One Kenya presidential candidate Raila Odinga has claimed that at least Sh700 billion has been lost to graft each year under the current administration.

The Orange Democratic Movement (ODM) leader said should he be elected president in the August 9, 2022 presidential election, he will seal all loopholes to make funds available for his social protection programme.

Odinga has pledged to give needy households a stipend of Sh6,000 every month. He has also pledged to support single parents, especially mothers who are facing economic hardship. 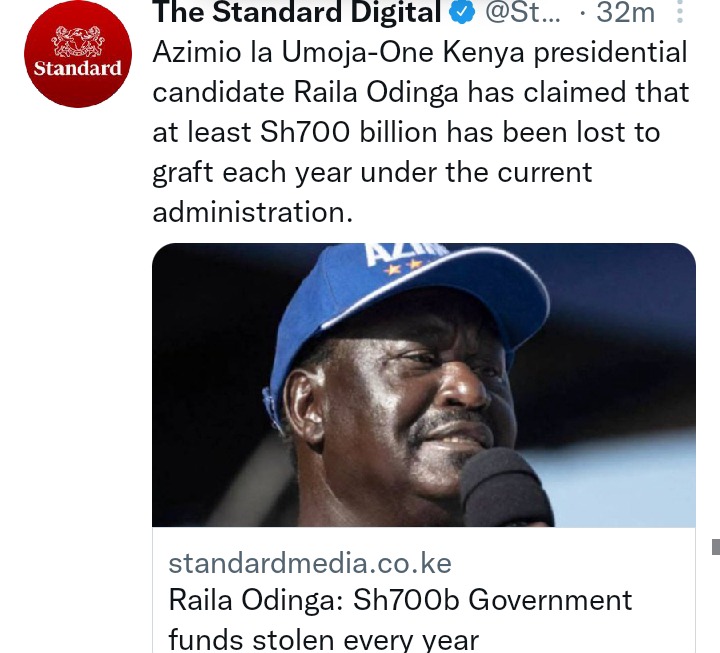 Transparency International, in its 2021 Corruption Perceptions Index, said Kenya was the 128th least-corrupt nation out of 180 countries, meaning that the country’s graft rating was fairly high.

The World Bank has been keen on reducing the graft levels in Kenya to the extent of setting certain conditions before extending loan facilities to the country.

A World Bank judicial project helped establish an advanced data analytics system in Kenya, which is being used to monitor the performance of courts, judges, and court personnel.

Raila Odinga now claims the World Bank has a report showing that Kenya has been losing Sh700 billion to graft annually.

“I served as Kenya’s prime minister between 2008 and 2013. Before that, I served as a minister in Mwai Kibaki’s government. I know the loopholes that they are exploiting to steal funds from the government,” he said in Vihiga County.

Content created and supplied by: Contentcreator01 (via Opera News )