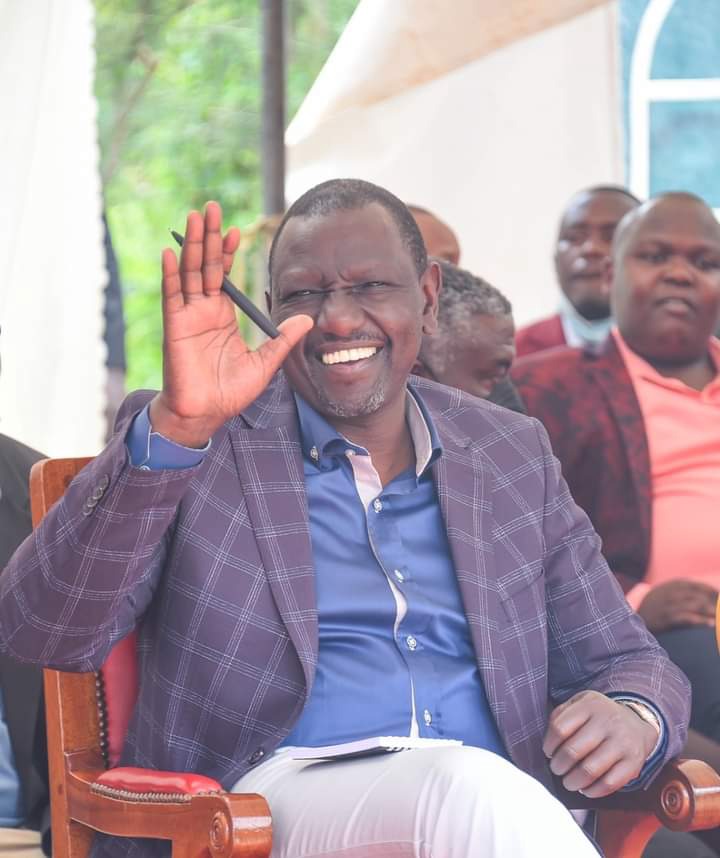 Things have backfired on Deputy President William Ruto and members of his Tangatanga camp in the populous and much sought after Mt Kenya region, allies of ODM leader Raila Odinga now claim.

The DP is among presidential aspirants very keen on the Central Kenya vote, as they seek to better their chances of succeeding the outgoing President Uhuru Kenyatta, the other one being Raila.

But fresh details from within Raila's quarters now suggest that Ruto has lowered his chances of getting the Mt Kenya vote by leading the campaign against the now collapsed BBI law changes push.

One of Raila's strategists Joseph Simeka told the People Daily that residents of the region have realized the benefits the BBI would have brought to their region and are now bitter with those who opposed it. 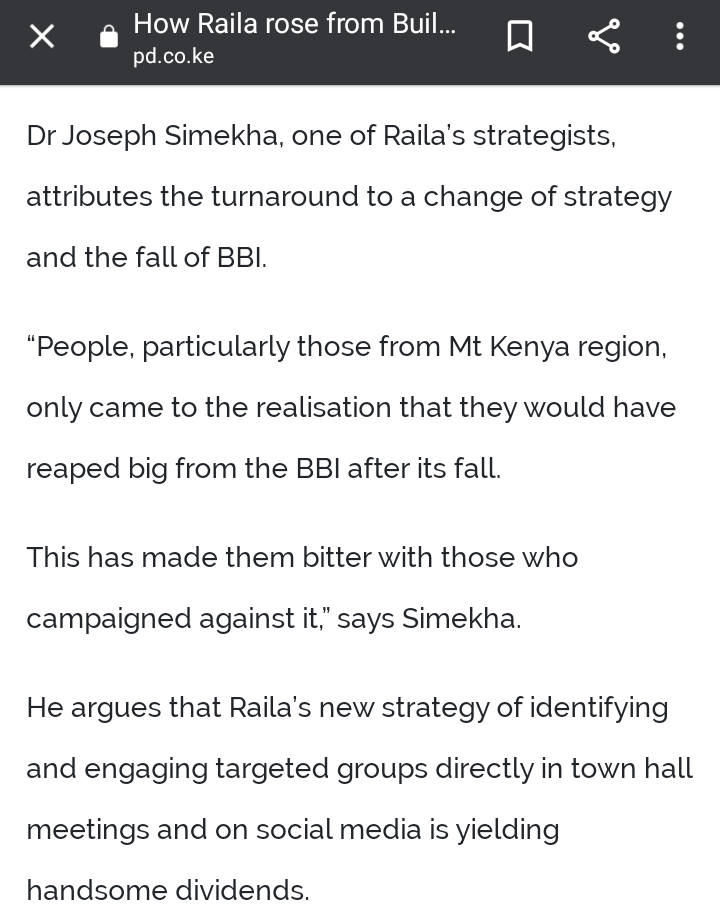 “People, particularly those from Mt Kenya region, only came to the realisation that they would have reaped big from the BBI after its fall.This has made them bitter with those who campaigned against it,” he said.

It's worth noting that Ruto was openly opposed to the BBI, one of the reasons behind the bitter and noisy fallout between him and Uhuru, who, alongside Raila, founded the push after their 2018 handshake.

He was seen as the leading figure in the anti-BBI brigade and would come out to celebrate when the court rejected the push, terming the ruling "God coming through for his people".

According to Simekha, this will cost him, as he adds that Raila, on the other hand, is gaining ground both in the region and around the country through his new mode of campaign; by directly engaging the people.

Is Mudavadi "working" with DP Ruto?

Ruto's Team Claims That they are Currently in Political Talks With Kalonzo, Mudavadi and Wetangula.