Hey Meet The First African To Drive A Car In 1907

Did you know that Ethiopia's Emperor Menelik ll was the first African to drive a car in 1907? He reigned from 1889 to his death in 1913. Emperor Menelik ll is known for his territorial expansion and creation of modern Ethiopia. He is remembered for leading Ethiopian troops in the Battle of Adwa against the forces of fascist Italy. He managed to subdue them making Ethiopia independent.

This later strengthened Ethiopia in its diplomatic relations with other European powers, making more Westerners travel to Ethiopia for trade, mineral exploration concessions, farming and hunting. It was during this period that cars were taking to the roads in Europe.

He begun adopting European technology and modernity. He would found the first modern bank in Ethiopia and introduce first modern Postal system, telephone and telegraph . In 1890, he negotiated construction of railroad to his capital Addis Ababa. There ensued differences between the French and the British causing backlog in the construction in 1902, this made Menelik ll suspicious of the European merchants. In 1907 he made it known that he was interested in a car. This made the two super powers compete to make sure who be the first to grant his wish.

Bentley a British veteran of South African war and the occupation of Somalia rose to the challenge. Sidley company provided Bentley with an 18- horsepower vehicle shipped to Djibouti before driving it through mountains and deserts to Addis Ababa. It took him with his companions, a Somali translator, an Ethiopian caravan and Soldiers 7 months to arrive at Ethiopia to the joy of Menelik ll. Bentley showed him how it was operated and in no time he was well versed with it. It is said that as the chauffeur was driving it the 65 year old Emperor was screaming with joy like a child, he was thrilled with the experience. He thus became the first man in Africa to be behind the wheel 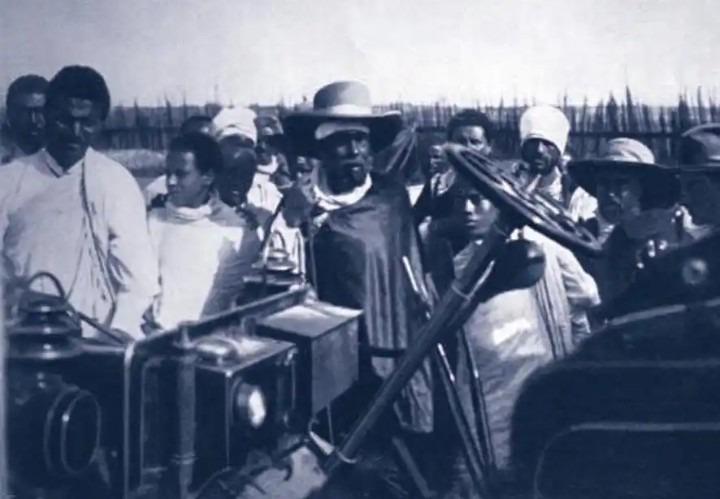 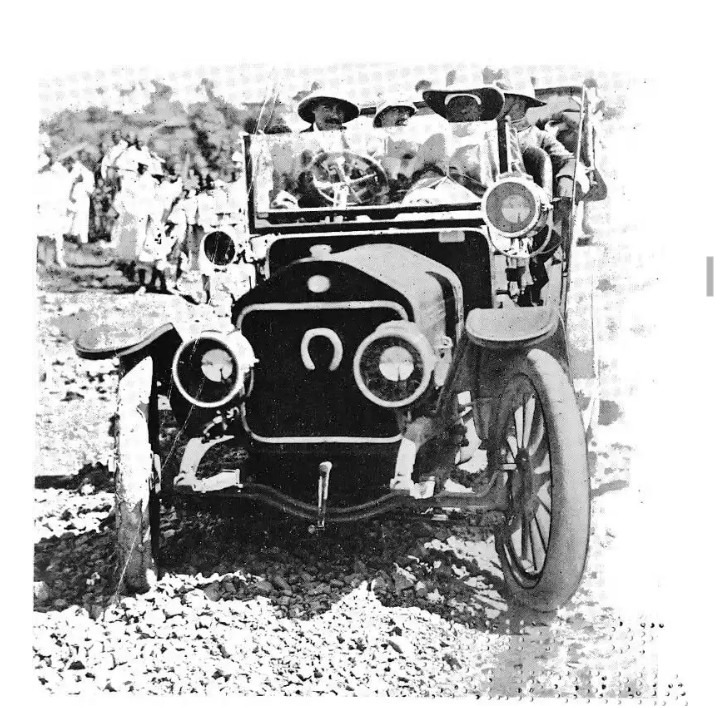