Kenyans React As Karua States Her Net Worth Live On TV 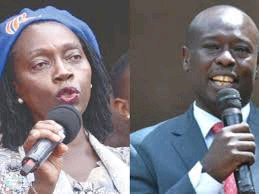 As people who are set to occupy the second most powerful position in the land, the question on accountability and and fight against graft came up and each of then took time to explain respective plans to fight the monster of corruption.

On his side, Gachagwa said the Kenya kwanza Government will focus on addressing the problem of state Capture and conflict of interest whereby some top government officials use their positions to make policies that benefit them.

Gachagwa said that KKA government will operationalize judiciary fund to boost the independence of the third arm of government.

Karua reiterated her coalition's resolve to fight corruption which according to her is the greatest problem the country is facing currently.

She said azimio government will ensure that corruption cases are fast tracked to ensure that Justice is rendered.

When Asked about her net worth, she said she isn't Keen on becoming a billionaire saying that she is satisfied with her house in Nairobi and another one in her father's land in kirinyaga.

"I am worth KSh. 150 million and that is because the KSh. 56 million I declared in 2013 appreciated because of inflation: Martha Karua", said Karua.

However, her claim that inflation has helped her KSH 56 million appreciate in value elicited reactions online with netizens terming it as lies. 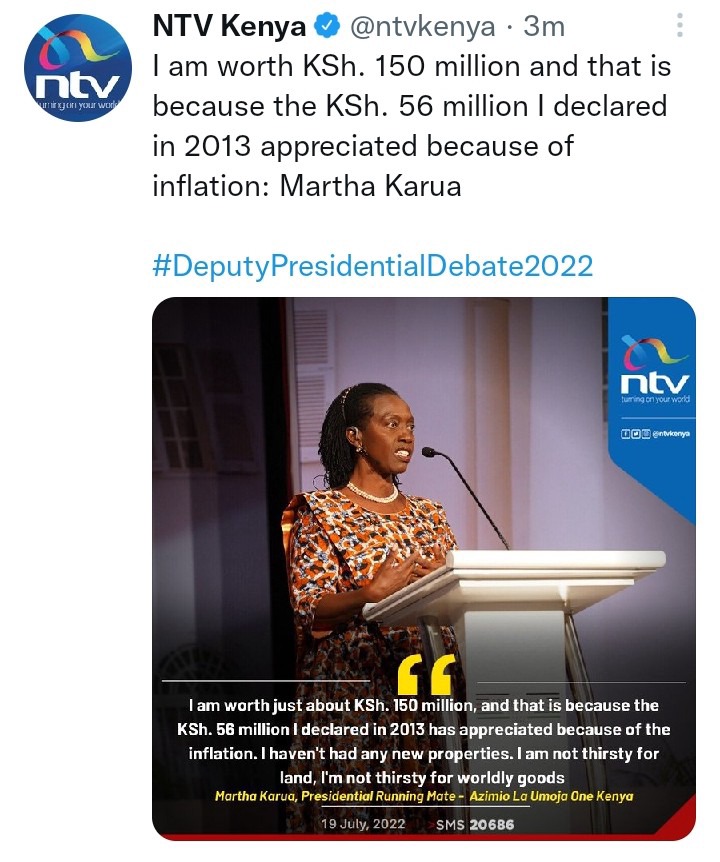 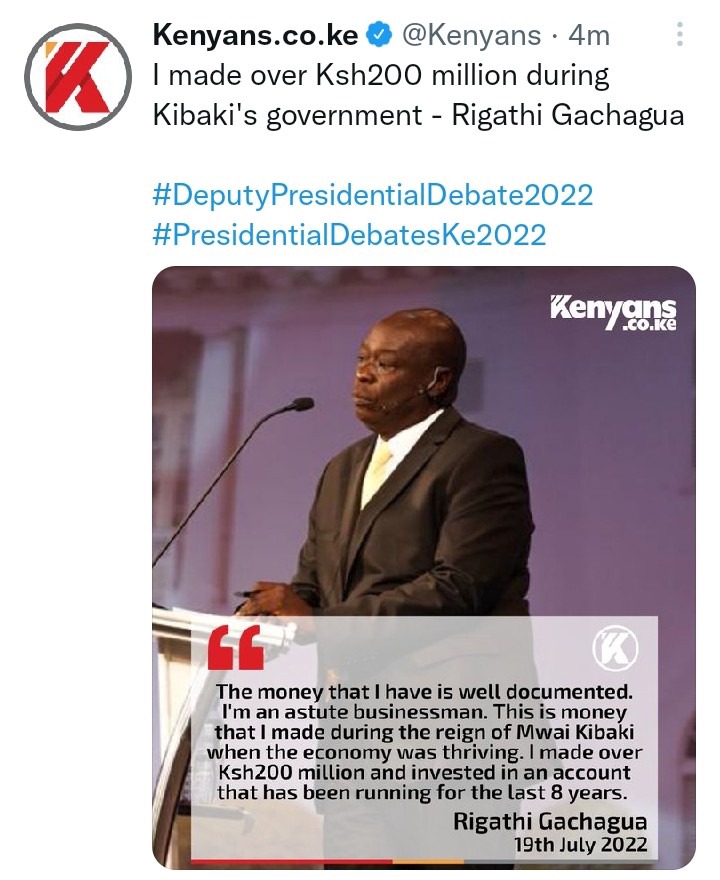 Mixed reactions as Gladys Wanga and Peter Kaluma fail to show up during Ruto's visit in Homabay.