"It Is Done Baba" Havi Predicts Next Person To Be Axed By ODM, Leaving a Caution Message to Raila

By Wanden (self meida writer) | 4 days 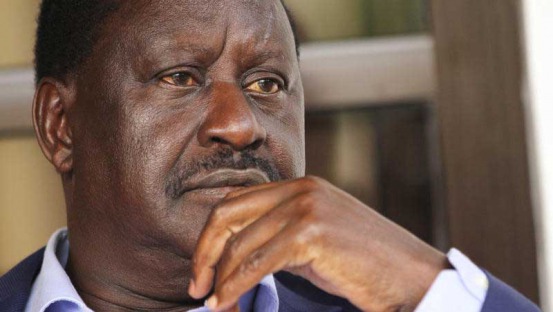 Kenyans have reacted following the move by the Orange Democratic Movement party. Most of them have been left in surprise, despite the efforts from the Rarienda member of Parliament, honorable Otiende Amollo in supporting Raila's ambitions. The ODM party has recommended the removal of honorable Otiende Amollo from JLAC. Otiende's position will be replaced by honorable TJ Ojwang.

LSK President Nelson Havi has reacted to the ODM's move. According to him, the Orange Democratic Movement party has completed self-annihilation in the national assembly. He has alleged that the next person to be axed in the senate is senator Orengo.

Havi said"ODM Party has completed self-annihilation in the National Assembly with the recall of Otiende Amollo from JLAC. In Senate, Orengo is the target. With John Mbadi and Mohamed Junet as his illegal advisers, Raila has committed an apocalyptic political error. It is done, Baba."

Raila Odinga has been getting support from Rarienda MP Amolllo, he has been among the top advisers of Raila Odinga as he fights for his ambition. Amollo had been among legislators who have been calling for the BBI amendment. 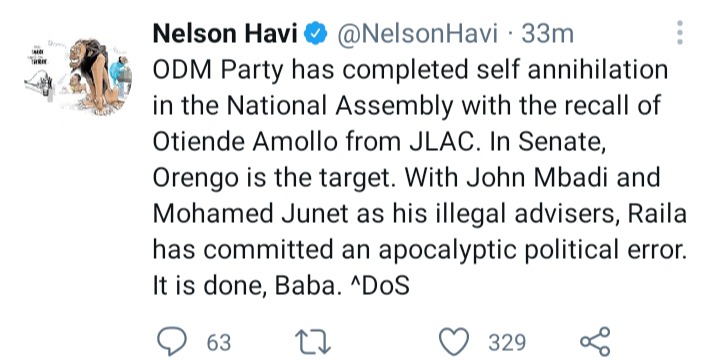 DP Ruto's Love for Weddings is Unquestionable; Details of 7 of them that he has Attended in Pictures

You Free to Leave The Party And Go: ODM Secretary General Delivers Bad News to This Powerful Leaders

"Why Can't they do it?"-Netizens React As This Prediction On Ruto's Future After BBI Vote Surfaces