Wahome Thuku Alleges When Kalonzo Is Expected To Leave Azimio

City lawyer and political commentator Wahome Thuku has outlined three key issues that affect Kalonzo Musyoka when he exits Azimio La Umoja coalition which is being led by Raila Odinga,Thuku claimed that its now evident Kalonzo will running as an independent candidate after realizing he won't be able to get the Deputy President post on Sunday,Thuku indicated that the Wiper boss will be quitting Azimio La Umoja in the coming hours and their is nobody who was going to oppose his decision,he further noted that Kalonzo will be leaving Azimio La Umoja without his party. 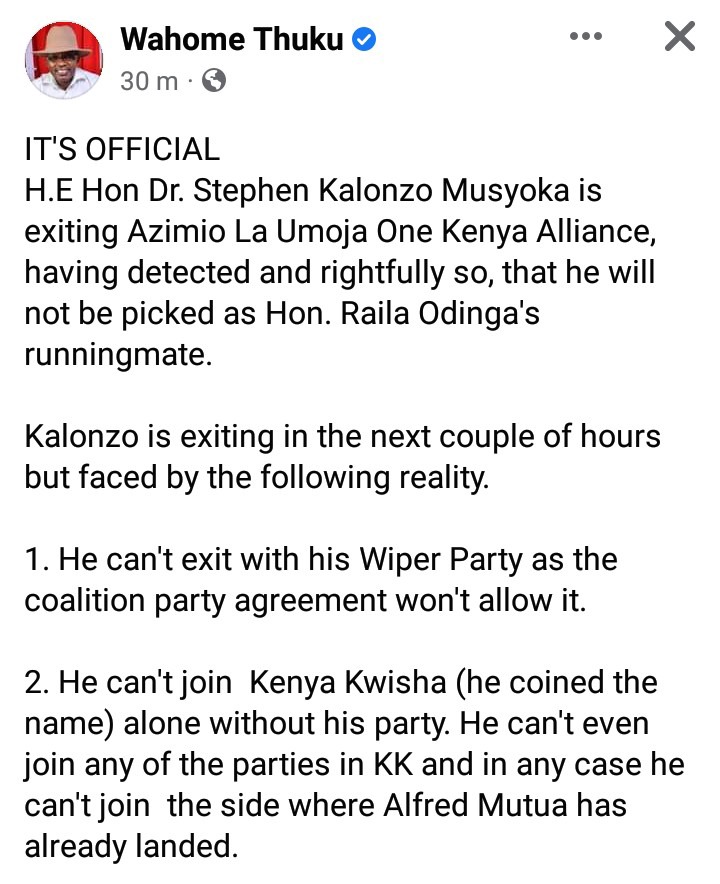 Thuku claimed that the political parties pact for coalition will stop Kalonzo from exiting with his party,he added that Kalonzo can't coil and join any other political party in Kenya Kwanza owing he had already folded his wiper party in Azimio La Umoja,Kalonzo Musyoka further can't play in the same team with Johnstone Muthama and Alfred Mutua. 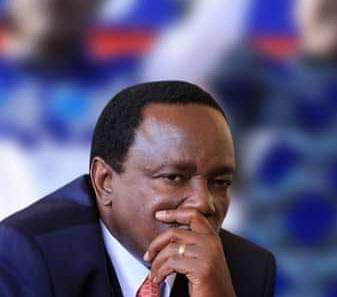 However its being rumoured that Kalonzo will be going as an independent candidate while other sources claim its Jimmy WANJIGI who is behind Kalonzo Musyoka stubbornness in Azimio La Umoja.