By BobAdams (self media writer) | 7 months ago

President Uhuru is serving his final term in office. The majority of people are concerned about the legacy he will leave.

They have constantly collaborated on many projects with his Deputy William Samoei Ruto.

They had to ensure that the country was safe and that the needs of its citizens were met. 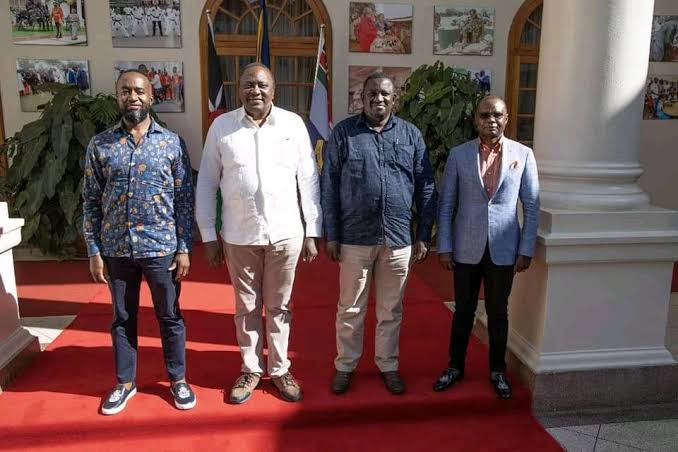 Indeed, the president has a long list of accomplishments for which he will be remembered.

Several prominent persons, though, advise him.

He is known as the "presidency's engine."

Kinywa has been working with Uhuru for a long time. He is one of Kenya's most senior government officials.

President Uhuru worked with Joseph Kinywa when he was Finance Minister.

When Uhuru became president, Kinywa was appointed. He knows more about the mechanics of government than anyone else, having spent most of his life working in government.

According to statehouse insiders, Kinywa has the president's trust and that cabinet secretaries must go via him first. As a result, he is one of Uhuru's closest advisers. 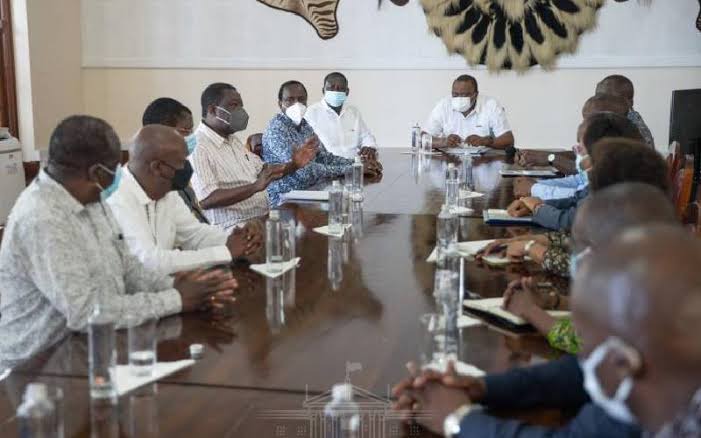 The secretary general of the Jubilee is Raphael Tuju. He has always had a tight relationship with the president. Tuju is a Cabinet Secretary without a portfolio.

Raila Odinga is one of President Uhuru Kenyatta's closest pals. On the 9th of March, 2018,

Uhuru and Raila exchanged handshakes. Kenyans were taken aback by this.

This was a signal that the two will collaborate or had already collaborated.