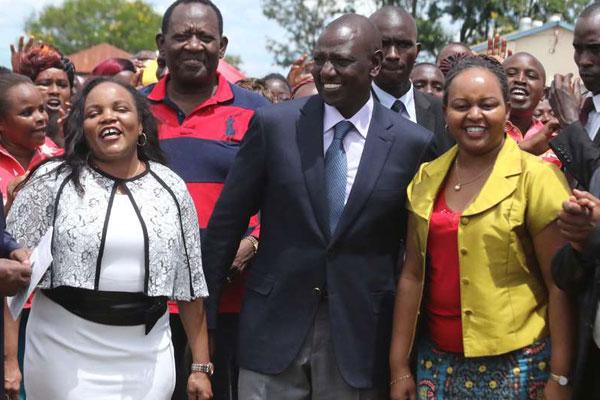 The political temperature in Kirinyanga is rising day by day making its heat be felt throughout the whole country.The battle began when the current Governor Ann Waiguru joined the United democratic alliance party of Kenya abandoning jubilee party.

Ngirichi felt betrayed as she claimed that she was the one who created the face of United democratic alliance party of Kenya in Kirinyanga county.The two political rivals are eyeing the Kirinyanga gubernatorial seat ahead of the 2022 general elections under the UDA ticket.

The current Governor Ann Waiguru is aims to run as a second term governor while the current Women representative Wangui Ngirichi aims to run as a first time governor during the 2022 general elections.Ngirichi has been a close friend of the deputy president of Kenya and she has been on the front line to champion his presidential bid as they register new members to UDA.

The recently formed United democratic alliance party of Kenya is moving the region beserk as most voters are reasonating well with its agenda.

The deputy president intervened today during his visit to Kirinyanga county as supremacy battle was evident in the rally.He called upon the residents of Kirinyanga to ensure that they rain peaceful ahead of the 2022 general elections.He was also keen to request them to.ensure that they separate the battle between the two contestants in the ballot box

The battle will continue until the two contestants hold a primary party elections to determine who will take the day.The two are now fighting within the same political circle which makes the battle more intense.Waiguru was a strong supporter of the government but she recently shifted do the deputy president after consulting with her political supporters.She was keen to note that the current jubilee party has lost touch with the ground and vying under it will be political suicide