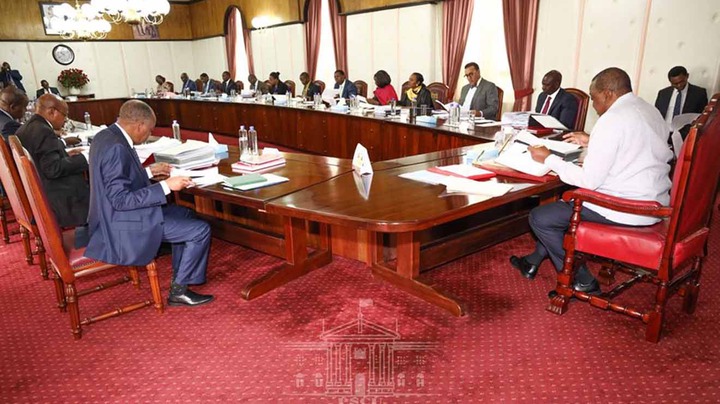 "The Head of State and the officials, who included Regional and County Commissioners, as well as their NPS counterparts at the same level,met today in State House" Kanze said.

One of the most pressing issues was the preservation of peace and security as the country prepares for another general election in August. 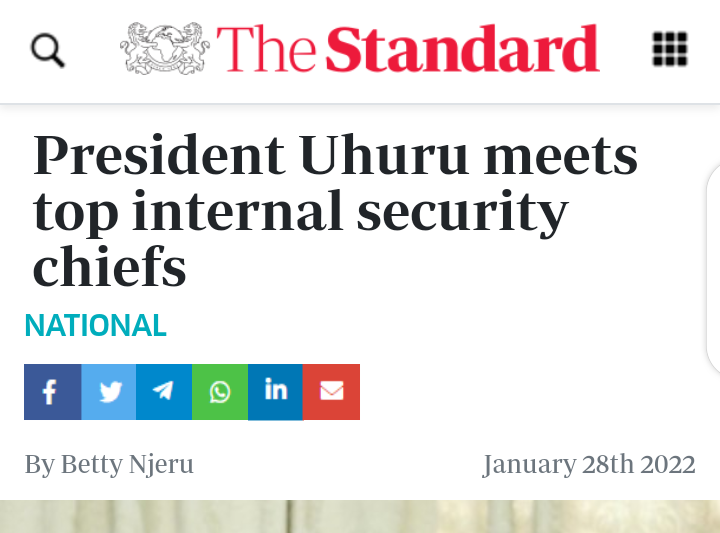 his comes after the US Embassy issued a terror alert today, as did the Dutch, German, French, and British consulates in the country on Thursday, January 27.

he US Embassy called for increased vigilance in public places just hours after the government announced increased security to thwart any terrorist threat.

What The KDF Has Announced To Happen On Saturday 28th May In Nairobi.

Laikipia : See How Martha Karua Landed in the County Under A Tight Security From Recce Squad.