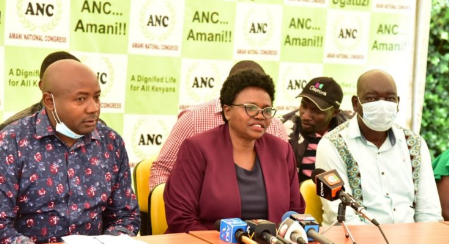 Musalia Mudavadi's deputy Party leader Ayub Savula on Tuesday October 12th had a hard time containing a section of youths from his constituency after he allegedly dished out money instead of listening to them.

As reported by People's Daily, the Lugari MP tried his best to communicate with the youths, but they kept shouting on him, urging him to take back his money.

Some of them were heard saying "We do not want money. Don't take that money" while others stated they were ready to listen to him if he does not give them the handouts.

According to the report, Savula who at one time threatened to take a motion to the National Assembly to have Deputy President William Ruto impeached for opposing BBI and going agaisnt his boss President Uhuru Kenyatta, was dishing out Sh100 to the youths.

This comes at a time when political leaders eyeing the presidency and other elective posts in the 2022 general elections pledged to involve the youths owing to the high number of votes within the youth age bracket.