By StdNewsKenya (self media writer) | 4 months ago 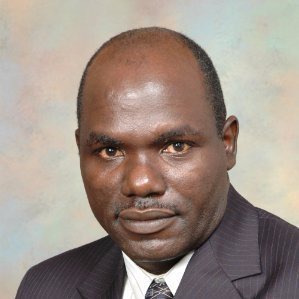 The IBEC chairman Wafula Chebukati is like the proverbial cat with nine lives. Chubakati who has defied many huddles to stay in office appears timid but very firm.

So far he has survived several attempts from all the efforts made by many to oust him as IEBC chair. Chebukati is in office for his second term which likely ends a few months after the August 2022 elections.

In 2017, many believed he would resign due to the growing political pressure but he stayed on put. Later some Commissioners ganged up against him and resigned to incapacitate the commission but still, he survived.

Even after the ouster, he continued to steer the commission as if nothing had happened. The np nonsense man even went ahead and changed the door locks to deny those commissioners resigned access to their offices when they tried to return.

Last year a group of parliamentarians ganged up and planned to kick him out as IEBC chairman, but nothing came out of it, and yet again he remained and now bravely is here to manage the August 2022 general elections.

That is Chebukati a man with no fear. From our desk, we ask you to conduct yourself in a peaceful manner during this electioneering period.