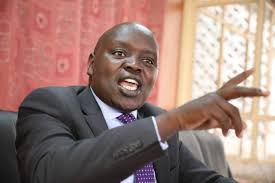 Former prime minister Raila Amollo Odinga is expected to lead nationwide demonstrations on 7th Wednesday this week, the move is aimed at compelling the government from dismissing the independent electoral and boundaries commission commissioners who disagreed with the presidential results as read by Wafula Chebukati on the 15th of August 2022.

So far the demonstrations are continually getting a setback following the resignation of some commissioners, commissioner Justus Nyang'aya was the first one to resign from the commission after doing soul searching and today vice chairperson Juliana Cherera has also announced her exit saying she did her job but she was misinterpreted.

Nandi senator Samson Cherargei has spoken following the resignation, he has said that it has thrown Raila's demonstration into limbo, confusion and political oblivion. Cherargei now wants the government to further suppress the expected demonstrations by directing the police not to issue Raila with a police permit for the protests because Kenyans want to work. 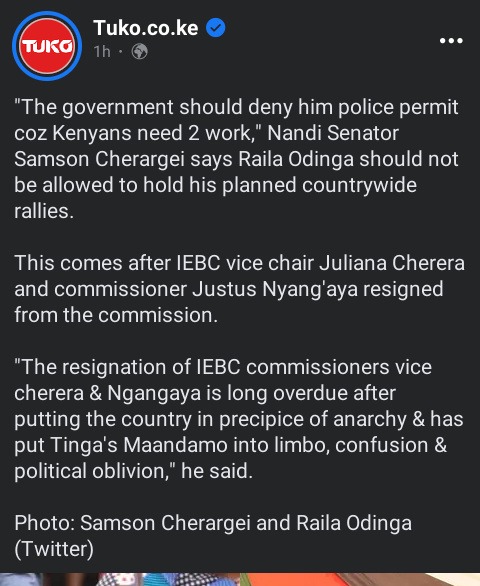