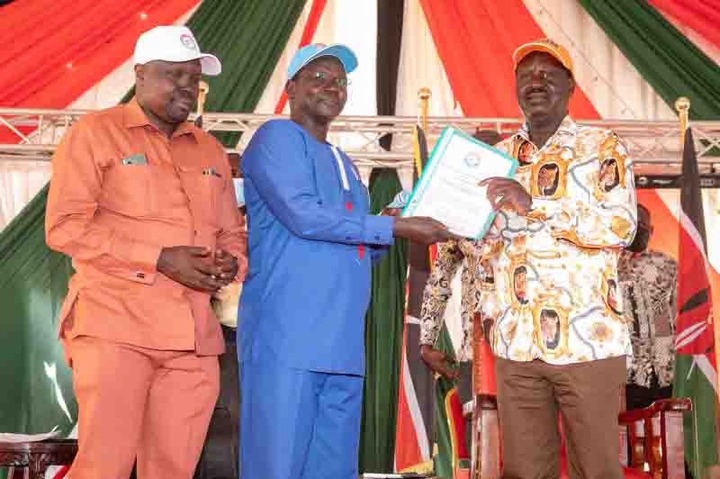 The Deputy President William Ruto and the Former Prime Minister Raila Odinga are currently traversing the country in search for votes. The two leaders are neck to neck and cannot afford to have any county slip from their grasp.

Recently, leaders in Pokot allied to Raila have been campaigning heavily for his presidential bid. For instance in 2017 Raila got 57,930 votes in West Pokot against Uhuru Kenyatta and William Ruto's joint ticket which got 97,677. This area of Rift Valley is usually perceived as Ruto's stronghold but Odinga wants to change that.

Even though the county has a mere 214,574 registered voters it will form part of the total vote tally for any candidate who wishes to emerge victorious come August 9th.

Recently, Pokot South MP David Pkosing reaffirmed his support for Odinga and claimed he would clinch the presidency. The MP was quoted by Nation saying, "For the first time in history, all Pokots will vote for Mr. Odinga because he has touched the right buttons that ought to be touched." 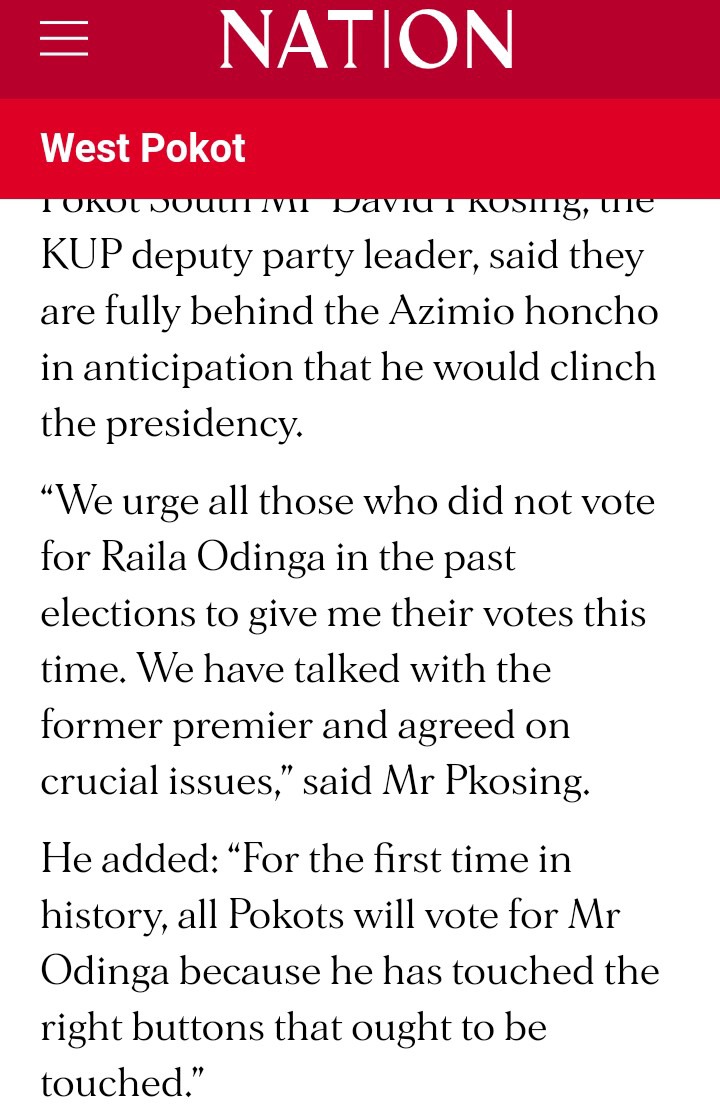 We will have to wait till August 9th to see whether the ODM supremo has been successful in snatching the county away from Ruto. Some of the challenges the next government will face is to end the problem of banditry in the area.

Many residents have been killed over the years and their livestock stolen. Every election cycle politicians have promised things such as access to clean water, security, livestock insurance, setting up of meat and hides factory but little has been achieved.

The last time Odinga was in West Pokot he led a campaign of peace which residents yearn for. Probably that is what MP David Pkosing as meaning when he said the Azimio leader had touched the right buttons that ought to be touched.

I Am Going To Be The Third In Command In The Country, Moses Wetangula Says

Opinion: Reasons Why Odinga Has A Water Tight Case This Time Round Than In The 2017 Petition