Following some unsettling incidents at the Kenyan Bomas, Wafula Chebukati yesterday announced William Samoei Ruto as the country's next president. The Azimio wing claimed that the entire process had been tainted by fraud and that any results that did not support their candidate were invalid. This resulted in some unsettling fighting in the Bomas arena when all Azimio supporters were expelled.

Elections observers have however, finally broken their silence following the disturbing episode and provided a thorough statement on the entire election. The observers claimed that the election was fair and that no significant irregularities were found that may have resulted in the cancellation of the general elections. However, the observers urged all Kenyans to practice love and preach peace. They also disclosed some intriguing data that they had predicted each contender would receive. 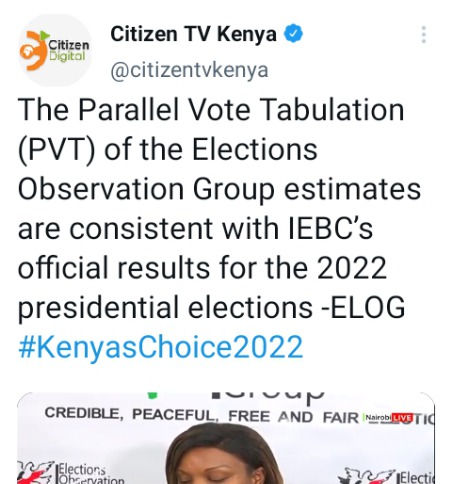 Amazingly, the study found that President elect Ruto was still the front runner. Generally speaking, the observers have stated that Kenya has made significant progress toward a free and fair election and that the process was open. The Azimio wing on the other hand is anticipated to go to court to challenge the declaration of the general election results for 2022.

5 Tips Of Growing In Your Career

Meet Goats In Africa That Climb Trees, See Photos And Why

2 Signs Your Partner Doesn't Love You