By mizizi.com (self media writer) | 4 months ago 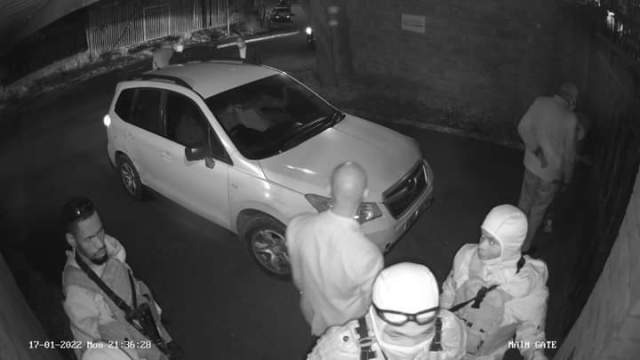 The stand-off between Jimmy Wanjigi and Raila Ondinga seems to be escalating every day. The offices of the businessman were today raided by armed police officers believed to be from the DCI.

After the incident, Wanjigi has come out to blame the President and the Opposition leader for being behind the raid. He believes that Raila is on a revenge mission after he accused him during the weekends of being dishonest.

But some of the Kenyans believe that Jimmy should have known the troubles awaiting him owning to the fact that he is competing against Raila Ondinga. Here are some of their comments.

We said you are following the worsest betrayer. One who turns against even his own children. Consider miguna and many others.

That's the same way he will betray Kenyans after he gets his votes...even his agenda can never be true...where does he expect to get 6000 for more than 6 million Kenyans a month?... Hiyo ni Kama kitendawili tuh and we are used to that...let us follow a…

What if you declare support to UDA? Utanyoroshwa kama Itumbi.

The father of betrayal has done it. He has betrayed the whole Pentagon family so don't expect less. Pole my brathe

Content created and supplied by: mizizi.com (via Opera News )